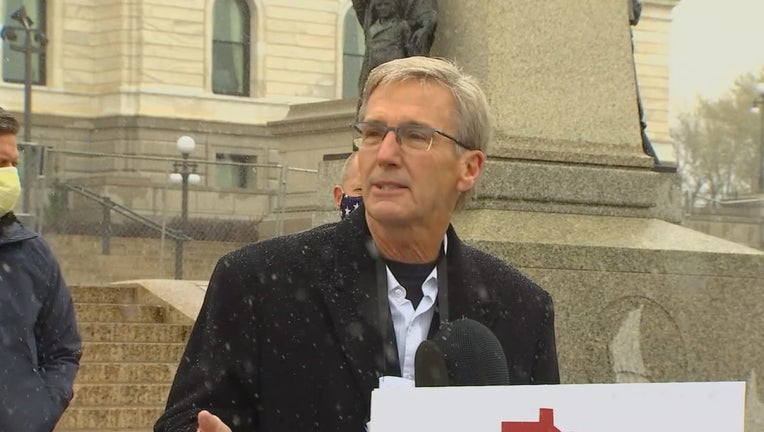 (FOX 9) - Scott Jensen, the Republican candidate for Minnesota governor, is facing criticism Monday after repeating a hoax claiming schools were allowing litter boxes in schools for students who identify as animals.

Jensen made the comments during a campaign event last week in Hutchinson, Minnesota, a clip of which was later uncovered by CNN. For reference, "furries" are an internet subculture of people who often identify and dress up as human-like animal characters.

"Why are we telling elementary kids that they get to choose their gender?" Jensen said. "Why do we have litter boxes in some of the school districts so kids can pee in them because they identify as a furry?"

In recent months, this hoax has spread around right-wing communities. An early instance of the hoax spreading in politics was in Michigan where a Republican party official shared a video of a school board meeting in which a woman claims a Midland Public School was allowing litter boxes in schools. The district later denied that claim.

Since then, the false rumors have spread to multiple other districts across the country. In March, a Nebraska lawmaker apologized after he repeated the false claim.

As far as FOX 9 can tell, there are no substantiated instances of schools allowing litter boxes for student use.