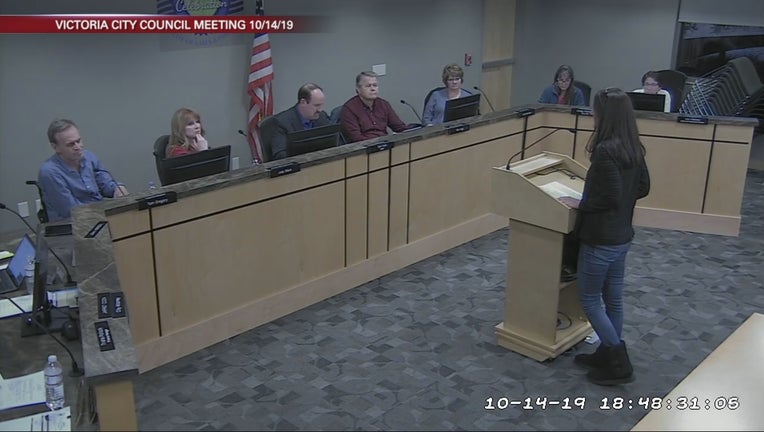 (FOX 9) - In Eastern Carver County and in Minnetonka, the school board races are heating up and turning highly political.

We reached out to parents who are speaking out for a number of different reasons and fear mixed-messaging is confusing to voters.

Parents of students in Eastern Carver County schools are questioning the use of funds in the district which they say are going to radical programs.

A group of parents in Eastern Carver County is behind a newsletter, sending email blasts out to residents of District 112, and placing “vote no” signs across the area.

Opponents of the $121.7 million referendum say district leaders aren't being truthful about where the money will go.

The Eastern Carver County School District is asking voters to approve three school funding requests: A levy increase to prevent cuts to programs, a bond request to build a new school in Chaska, and a renewal of security and technology levy.

But, some parents claim the funds will actually go towards radical programs.

“The equity agenda is not right for our children,” one parent said.

Several parents spoke out against the levy during a city council meeting in Victoria last month. They say the district's new equity efforts are actually indoctrinating their children.

"This district is making sure that we judge students not by the content of their character, but by the color of their skin or their cultural background or all the things that make them different," added another speaker.

Over in Minnetonka, curbing open enrollment is a hot topic that several candidates, who are part of the 4Tonka group, are advocating for. But, one of the candidates, Dr. Julie Light, is being criticized for past comments she made 15 years ago testifying in front of the state legislature asking lawmakers to ban same sex marriage.

Although Light has since explained those comments and clarified that her statements were about marriage and not the gay community, some parents are concerned about decisions she could make on the school board that could affect LGBTQ students.

"Since I identify as queer, it’s been very mentally tolling for me to re-hear these statements that occurred 15 years ago, but they still affect our community today," said Minnetonka parent Hannah Daniels.

Over in District 196, which includes Eagan, Apple Valley and Rosemount, voters will decide whether to approve a referendum that would allow the district to avoid up to $18 million in budget cuts and fund improvements to classroom staffing, increased mental health programs and after-school activity transportation.