The classic cartoon The Jetsons imagined a day when mundane household chores would be automated or performed by robots. But at a senior living community in Edina, the future is now.

EDINA, Minn. (FOX 9) - The classic cartoon The Jetsons imagined a day when mundane household chores would be automated or performed by robots. But at a senior living community in Edina, the future is now.

"Who knew we would be at the stage where we'd have a robot serving in our kitchen in our dining room. That was a foreign concept," said Barbara Mekenye, executive director at Aurora On France.

Due to a staffing crisis caused by the worker shortage, Aurora On France turned to a robot to help serve the residents for lunch and dinner last fall.

Residents named it Rosie after the Jetsons' robot maid, and administrators say it has already made a big difference in a short amount of time.

"I love it because it makes work flow more efficient. Reduces the wait time and the server is able to do much more, and we are able to get away with one server," said Mekenye.

Rosie is programmed with the number of tables and the distances to them, and the staff loads it with plates, which it brings from the kitchen to the dining room. 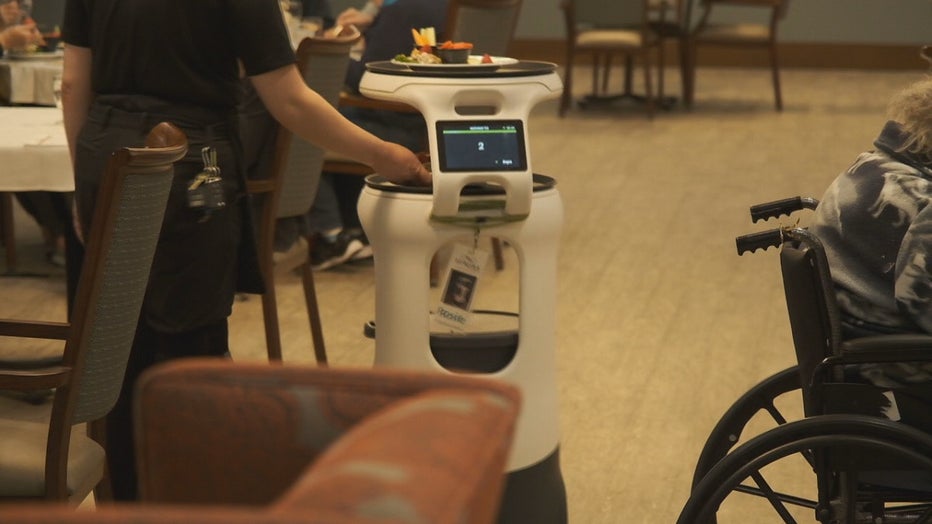 Employees still have to put the plates on the tables, but residents get a kick out of their robotic helper.

"It's kind of fun to talk about it and to see her come. I'm amazed at how well she works. She gets the job done," said resident Dr. Chuck Norland.

So far robots are being used in pilot programs at two senior living facilities operated by Ebenezer.

Administrators say they can easily see the day when robots like Rosie are added to many more.

"The best thing will be to have a Rosie that can actually serve at the table. Now that would be the game changer. Cannot wait for that day," said Mekenye.