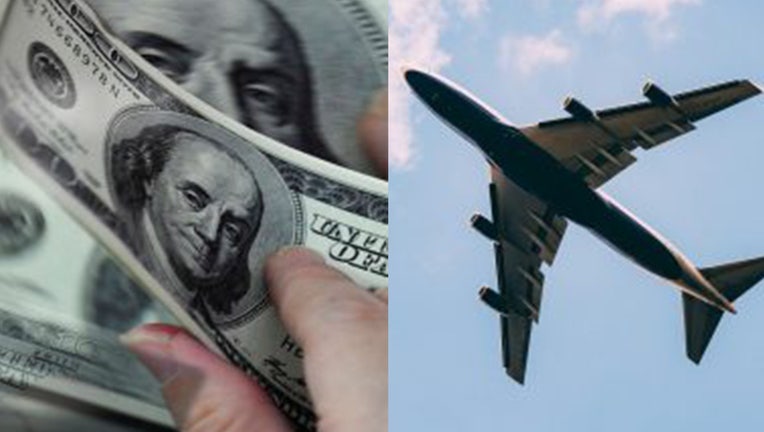 ORLANDO, Fla. - As the tourism industry suffers amid the coronavirus pandemic, President Donald Trump has proposed an idea to give Americans a tax credit to be used toward a vacation to help boost the economy.

The president brought up the “Explore America” Tax Credit during a White House roundtable last month.

According to Forbes, the proposal could give up to $4,000 to Americans for vacation expenses in the U.S. "at hotels, theme parks, restaurants, and other tourism-related businesses through the end of 2021."

"The credit would cover up to 50% of a household’s total vacation expenses, up to a maximum of four grand," Forbes reported.

RELATED: A second coronavirus payment may be coming. Here's your share

During the roundtable, Trump described the plan as a "tax credit that Americans can use for domestic travel, including visits to restaurants. That’s a big deal."

It's unclear if the measure has been proposed in the United States House of Representatives or Senate.

According to the U.S. Travel Association, a $400 billion decline in travel spending in the United States this year will translate into a total economic loss of $910 billion in economic output.

"This is more than seven times the impact of 9/11 on travel sector revenue," the association reported in their 2020 analysis.

Last week, Treasury Secretary Steven Mnuchin suggested the Trump administration was considering sending Americans another round of stimulus checks to offset the financial pain caused by the coronavirus pandemic and the related economic lockdown.

"I think we’re going to seriously look at whether we want to do more direct money to stimulate the economy," Mnuchin said Wednesday while testifying before the Senate Committee on Small Business and Entrepreneurship.

Kevin Hassett, a senior White House adviser, said during a virtual summit held by The Wall Street Journal on Tuesday that chances of a phase four stimulus package are “very, very high” – even if signs of recovery continue to manifest in the U.S. economy.

Senate Majority Leader Mitch McConnell said he and the Trump administration is not in favor of including an extension of the $600 unemployment benefit expansion, which he said has deterred workers from returning to their jobs.

RELATED: Extra $600 in unemployment benefits ends next month, what happens then?

Florida's tourism has taken a huge hit because of the pandemic. Theme park executives, restaurant owners, and hoteliers told Vice President Mike Pence during a roundtable discussion in Orlando last month that the damage caused by shutdowns from the virus was unprecedented.

“If we don’t get people back to work quickly, it’s all over,” central Florida hotelier Harris Rosen said. “Orlando is suffering. Orlando is struggling. The hospitality industry is in a deep depression.”