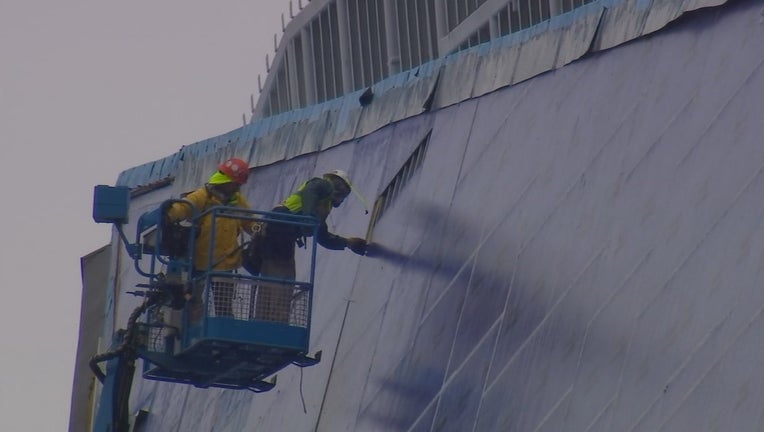 MINNEAPOLIS (FOX 9) - The panels that make up the exterior of U.S. Bank Stadium in Minneapolis need to be replaced—a project that will cost over $21 million over the next two years, according to a settlement announced Friday.

The Minnesota Sports Facilities Authority reached a mediated agreement with the stadium’s general contractor, M.A. Mortensen Company and seven other companies associated with the design engineering and construction of the stadium to resolve the issues with the stadium.

The panels came undone and leaked months before the $1.1 billion stadium opened in 2016.

Investigators: Blame game over falling panels at US Bank Stadium

US Bank Stadium in Minneapolis has reported problems with its building panels since the beginning. Now, Fox 9 looks into how the problems were diagnosed and how they can be fixed.

Mortensen repaired the damage, but officials were concerned panels would experience similar problems in the future.

“The design and construction team’s responsibility was to deliver a building that would pass the test of time and there was sufficient evidence to be concerned that the system as designed and built may not,” according to a joint statement from all parties.

The parties agreed it was necessary to replace the stadium’s outer skin.

Mortensen and the seven other companies will split the cost of the new exterior enclosure, which will have a similar appearance to the original panels.  No public additional public dollars will be required for the project.