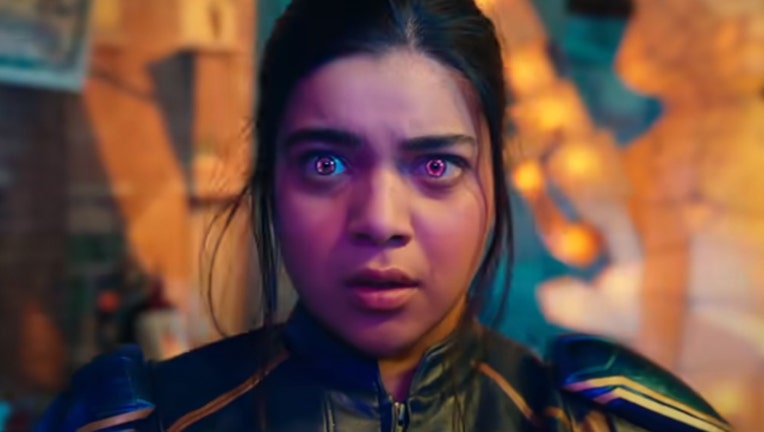 "It is incredibly exciting," Omar told TMZ in Washington. "We are seeing not just our world diversify, but representation of our world be diverse. And I think it’s really important, especially for young people like my son who are huge fans of superhero movies."

Omar, a Democrat representing Minnesota’s 5th district, is one of the first Muslim women elected to Congress.

The full trailer for Ms. Marvel on Disney+ was released this week. The show stars Iman Vellani in the lead role as Kamala Khan, a Pakistani-American teenager from Jersey City who idolizes the Avenger Captain Marvel.

The trailer shows Kamala navigating typical teen responsibilities and drama with her friends and family at school, at home, and even at the mosque. All the while, she daydreams about being a hero, looks longingly at the Manhattan skyline from across the Hudson River, wears Avengers T-shirts, and even dresses in a Captain Marvel costume.

"It's not really the brown girls from Jersey City that save the world," Kamala says to a friend.

Ms. Marvel is based on the Marvel comic of the same name.