The water level on the Elk River is starting to drop but the recovery is just beginning for families in Randall, Minnesota.

RANDALL, Minn. (FOX 9) - The water level on the Elk River is starting to drop, but the recovery is just beginning for families in Randall, Minnesota.

The small city in central Minnesota was hit by heavy rains last week leading to widespread flooding that has forced families out of their homes. The Red Cross and the Salvation Army are now working to provide relief for families while a local elementary school is serving as a central spot for those figuring out what's next.

For Brianna Helmin, the week has been hellish for her family. They've lost four cars to the floodwaters and now their home has to be gutted.

"I'm exhausted, overwhelmed because it's so much to deal with," said Helmin. "And you're not prepared for this… you don't expect it to happen." 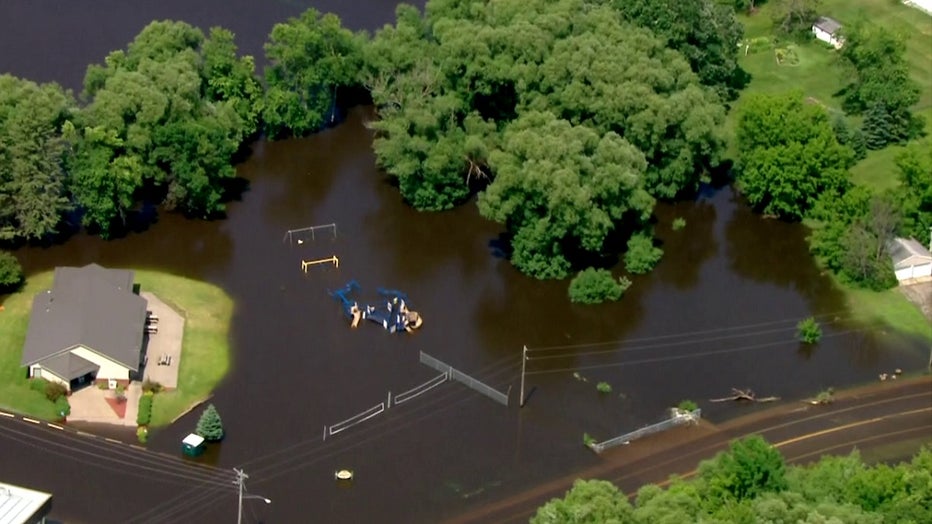 Helmin's home was submerged by last week's heavy rains. Her entire family had to be rescued by boat.

"It looked like a big ocean," said Helmin. "I couldn't really see any land at all."

They watched as their belongings went underwater or floated away in the flood. But, it wasn't just them. About 30 homes and businesses were impacted by the flooding in and around Randall.

Tuesday was a step in the right direction as families were getting connected with resources to help them move forward. 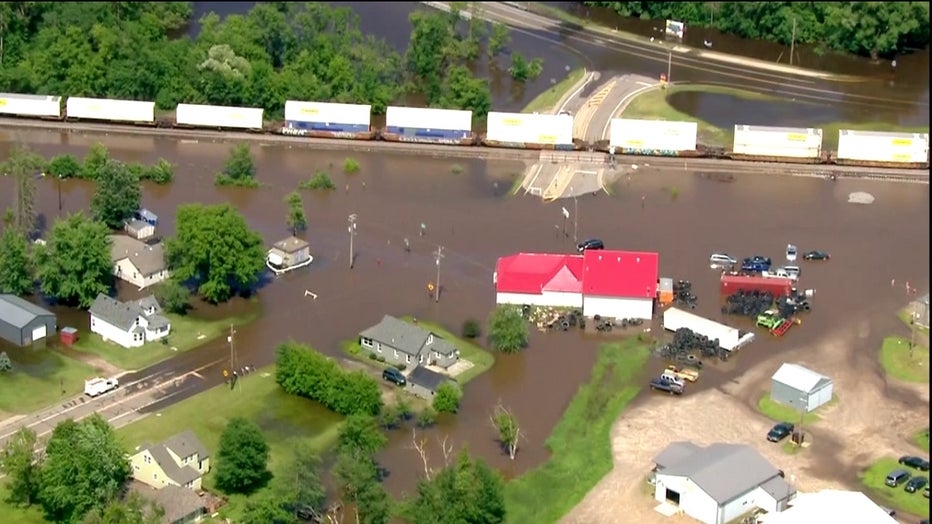 "We have plans in place as far as the sheriff's office with our emergency operations plan that we follow to help work through these types of disasters," explained Morrison County Emergency Manager Victoria MacKissock.

The Red Cross is offering residents food, shelter, cleaning supplies, mental health, and other services. While they work through a disaster unlike any other that the small community has seen, they are coming together, and they will recover.