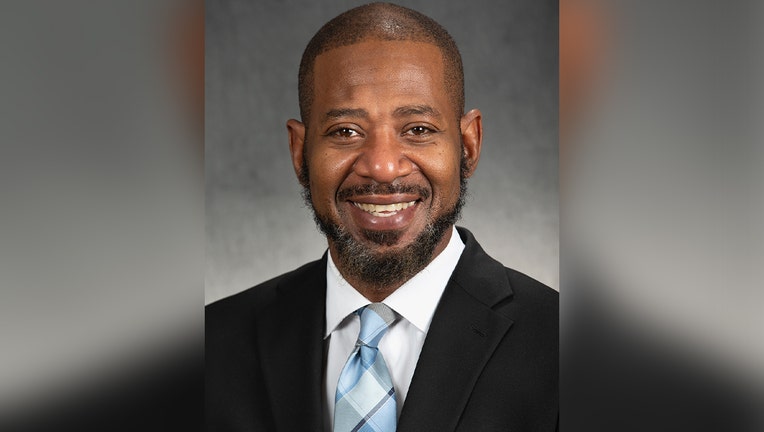 ST. PAUL, Minn. (FOX 9) - As state Rep. John Thompson appealed to Minnesota voters for a seat in the state Legislature last November, he was using a Wisconsin address to renew his driver's license in the Badger State.

And when Thompson was cited for a traffic violation in St. Paul last week, the citation lists a Frogtown address that is outside Thompson's legislative district on the city's east side.

As state Rep. John Thompson appealed to Minnesota voters for a seat in the state Legislature last November, he was using a Wisconsin address to renew his driver's license in the Badger State.

Questions are swirling over where Thompson, a Democrat in his first term, maintains residency. The questions grew intense enough over the weekend that the Minnesota DFL took the rare step of issuing a rebuke against Thompson.

The issues came to light after St. Paul Police pulled Thompson over on July 4 for not having a front license plate on his vehicle. Thompson presented his Wisconsin driver's license, according to the citation filed by St. Paul Police Sgt. Peter Crum, which also noted that Thompson's Minnesota driving privileges had been suspended for failing to pay child support. Thompson was charged by citation with driving after suspension.

In a phone interview with FOX 9 last week, the lawmaker said he had never had a Minnesota driver's license.

Instead, Thompson has had an active Wisconsin license since 2000 and has renewed it in 2005, 2012 and most recently in November 2020, a Wisconsin Department of Transportation spokesperson said. The most recent renewal came the same month that Thompson won a landslide election for his House District 67A legislative seat.

"The customer (Thompson) appeared in-person and provided a Wisconsin address as his place of residence," the Wisconsin DOT spokesperson said.

Documentation of residency is not required for a Wisconsin driver's license renewal.

The citation from the July 4 traffic stop lists Thompson's address on Blair Avenue in St. Paul, which is about 3 miles from the edge of Thompson's legislative district.

Thompson crossed off an address and ultimately did not list one on his public 2020 affidavit of candidacy. A spokesman for Secretary of State Steve Simon said he would not release a secondary document on which Thompson did attest his address.

Minnesota law requires legislators to maintain residency in their district for 30 days before the general election and attest to their address of residence on their filing paperwork.

The head of the Minnesota DFL said he was disappointed by Thompson's actions.

"It is important for people in positions of power and influence to model the type of behavior we expect from everyone. Rep. John Thompson fell short of that standard, and I am disappointed by his recent actions," Minnesota DFL Chairman Ken Martin said in an email.

Through a spokeswoman, House Speaker Melissa Hortman declined to comment on the situation with Thompson, a member of her caucus.

Thompson accused the St. Paul Police sergeant who pulled him over July 4 of racial profiling, an assertion that St. Paul Police Chief Todd Axtell has denied after viewing body camera video of the traffic stop.

Monday, St. Paul Police asked the city attorney if the video can be released via a provision in state law that allows such a move to "dispel rumors or unrest." Thompson can also ask for the video to become public; police said the lawmaker has made no such request.

"Rep. Thompson’s signature issue at the state Legislature was advocating for rapid release of police officer’s body camera footage. Now he’s blocking the public release of the body camera footage of his own incident with law enforcement this past week," Minnesota Police and Peace Officers Association Executive Director Brian Peters said in an email. "As a public official, it’s hypocritical and irresponsible. Constituents have the right to see how their legislator conducted himself, particularly when he made such strong claims about what happened during the traffic stop."

Dash camera video of the incident will automatically become public once Thompson's driving after suspension case is closed. As of Monday morning, Thompson had not paid the $286 fine associated with the citation.

Thompson was in court Monday morning in a separate case stemming from allegations that he interfered with a peace officer during an incident at North Memorial hospital in Robbinsdale in 2019. Thompson has declined a plea deal on the misdemeanor charge and the case is proceeding to trial.

Thompson’s Minnesota driver license privileges were revoked on April 21, 2019, at the request of Ramsey County Child Support even though Thompson didn't have a license, a spokesman for the Minnesota Department of Public Safety said.

In Minnesota, a parent’s driver license can be suspended if they are more than three months behind on child support.

In Wisconsin, non-payment of child support is not a major driving-related offense, so it would not trigger a suspension or non-renewal of a Wisconsin license.

Thompson began his political career after his friend Philando Castile was killed by a Falcon Heights police officer on July 6, 2016.