Questions remain about future the of Vali-Hi Drive-in

Moviegoers all across Minnesota are wondering the fate of the Vali-Hi Drive-in after speculation over whether or not it was closed began on Facebook.

LAKE ELMO, Minn. (FOX 9) - The sign at the entrance to the Vali-Hi Drive-in remains blank. The gates remain closed. Nothing is listed on its website. Its phone goes unanswered.

After more than a half century showing outdoor movies, fans of the Lake Elmo theater worry it might not open this season or perhaps ever again. But so far, there are no concrete answers.

"I never would have thought it was possible it would close because it’s such a popular place," Michael Granica told FOX 9. He became such a fan of the drive-in that he started a Facebook fan page for it 15 years ago. Originally a place to share show times and photos, it now boasts more than 10,000 followers.

"Stuff has happened this spring, and it hasn’t opened yet," said Granica. "It’s really been blowing up trying to figure out what’s going on, a lot of speculation of 'why aren’t they open'?"

Owner Robert O’Neil hasn’t publicly announced anything, and FOX 9’s efforts to reach him have been unsuccessful. 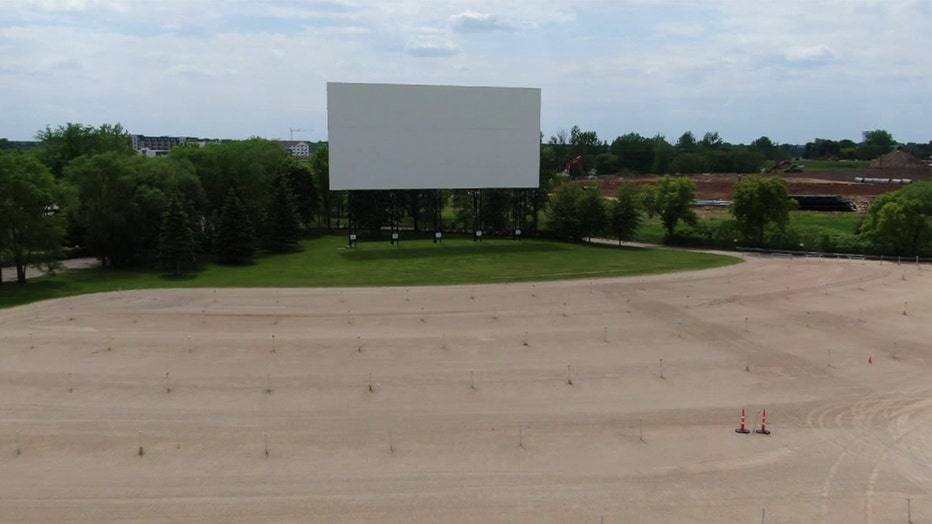 The Vali-Hi Drive-in remains empty so far this season.

Right next door, work is underway on a 30-acre business park, which the city of Lake Elmo approved last year. The city administrator tells FOX 9 that this spring a developer was in talks with the city about buying the Vali-Hi site and building a similar business park.

But then in April, the city approved a one-year development moratorium in a large chunk of the city due to water issues. That means developers can’t even submit an application with the city until next spring, and this moratorium includes the drive-in site. The city says an application from the developer did not come in before the moratorium took effect.

Some of the posters on the Facebook fan page say the owner, once the moratorium hit, had made efforts to hire workers for the season, but didn’t get enough interest. This is not confirmed.

But a flurry of posts to the page are people offering to work there or suggesting ideas how to find staff. But these are shots in the dark, since there’s no official word or response.

"It’s such a popular place, I mean you try to go there on the weekends and if you’re not in line by five o’clock in the afternoon, you got to wait two hours on the street just to get in," said Granica.  He hopes the continued passion for the Vali-Hi can spur some way to get it open again and keep it that way.

"It’d be a shame if they didn’t stay open and keep this tradition going," he said.

According to Explore Minnesota, the state’s tourism website, there are now only five drive-in theaters still in business, located in Elko, Litchfield, Long Prairie, Luverne and Warren. A check of their websites shows movies are currently scheduled.