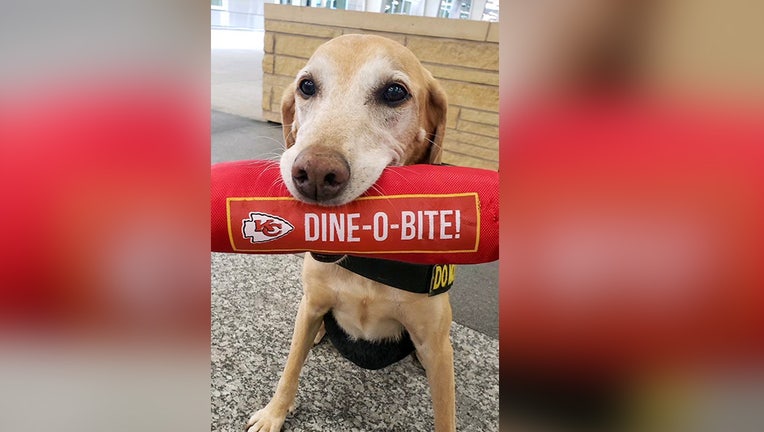 EEbbers, a TSA-trained explosive sniffing dog, is in the final four for the agency's 2022 Cutest Canine Contest. Voting is now open to the public.

(FOX 9) - EEbbers, a TSA-trained explosive sniffing dog, has worked to help keep Minneapolis-St. Paul International Airport (MSP) safe for the last seven years. Now, as he prepares to retire at the end of the month, he and his handlers are hoping he can finally get the recognition he deserves by winning the agency's 2022 Cutest Canine Contest.

The competition has been stiff - TSA currently has more than 1,000 explosives detection canine teams deployed nationwide, and more than 90 TSA dogs were nominated for the award - but, after an internal voting process, EEbbers made it to the final four. Now it’s up to the public to decide the winner by voting on TSA social media accounts (Instagram, Twitter and Facebook).

"We would be thrilled if he brought it home to Minnesota… we were already planning on having a little retirement party at the end of the month for him, but this would be such a great send off," TSA spokesperson Jessica Mayle told FOX 9.

Mayle said that despite the serious nature of his work, EEbbers, an 11-year-old Vizsla/Labrador mix, is a playful dog who loves squeaky toys, apples and going for swims in lakes.

His service has also gone beyond the airport. Throughout the course of his career, he has utilized his training and keen sense of smell to work two Super Bowls, the Special Olympics World Games, an NCAA National Championship Football game and the Indianapolis 500.

He lives with handler Jeanie, who is also retiring at the end of the month.

The first round of voting is Friday and Saturday.

TSA has held the Cutest Canine Contest since 2019, but a Minnesota dog has never won the title. Staff at MSP are hoping that changes this year.

"It would be such a nice recognition of all his years of service," Mayle said.