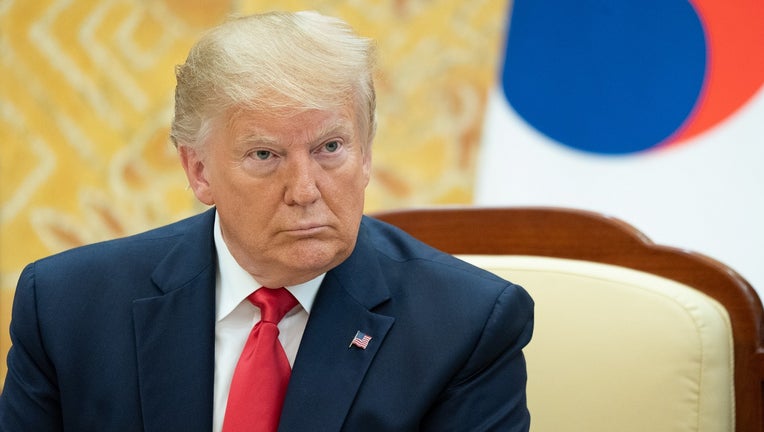 MINNEAPOLIS (FOX 9) - President Trump is planning to make a visit to Minnesota in October.

According to the Trump campaign, the president will appear at Target Center on October 10 at 7 p.m. for a "Keep America Great" rally.

In a statement, the Republican Party of Minnesota says this will be President Trump's fourth visit to Minnesota in sixteen months. Chairwoman Jennifer Carnahan wrote: "Trump has spent his first term fighting for Minnesota families and for this country. He has fulfilled his campaign promises to get our economy booming again, put America first, and has made this country great again."

The trip will also come as Democrats move for an impeachment inquiry over the president pressuring Ukraine's leader to investigate Joe Biden's son.

In response to the announcement, Minneapolis Mayor Jacob Frey said in a statement:  “Under ordinary circumstances, it would be an honor to welcome a sitting President of the United States to Minneapolis and to showcase all our city has to offer on the national stage. But these aren’t ordinary circumstances. Since taking office President Trump’s actions have been reprehensible and his rhetoric has made it clear that he does not value the perspectives or rights of Minneapolis’ diverse communities.

“On October 10, our entire city will stand not behind the President, but behind the communities and people who continue to make our city – and this country – great. While there is no legal mechanism to prevent the president from visiting, his message of hatred will never be welcome in Minneapolis.”

Those seeking to attend the event can register by clicking here. Tickets are available on a first come, first serve basis.