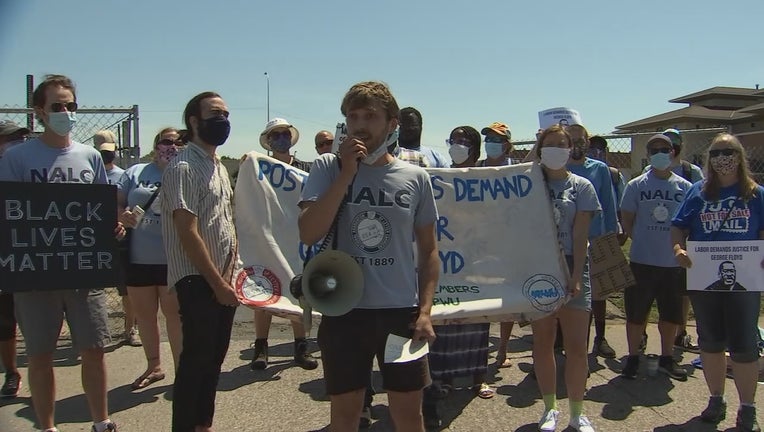 MINNEAPOLIS (FOX 9) - Dozens of postal workers came together on Sunday, standing in solidarity with the movement to bring justice for George Floyd.

The group worked at the south Minneapolis station on Lake Street that was destroyed a little over a week ago by rioters.

Dozens of postal workers came together on Sunday, standing in solidarity with the movement to bring justice for George Floyd

"In the past, the labor movement formed an alliance with the civil rights movement," explained one speaker. "Because, yes, this about fighting police violence. Yes, this about winning justice for George Floyd. But it is and always has been about more than that. This is about an entire system of oppression and exploitation."

After gathering at what remains of the post office. the group marched to 38th and Chicago where it all began nearly two weeks ago. 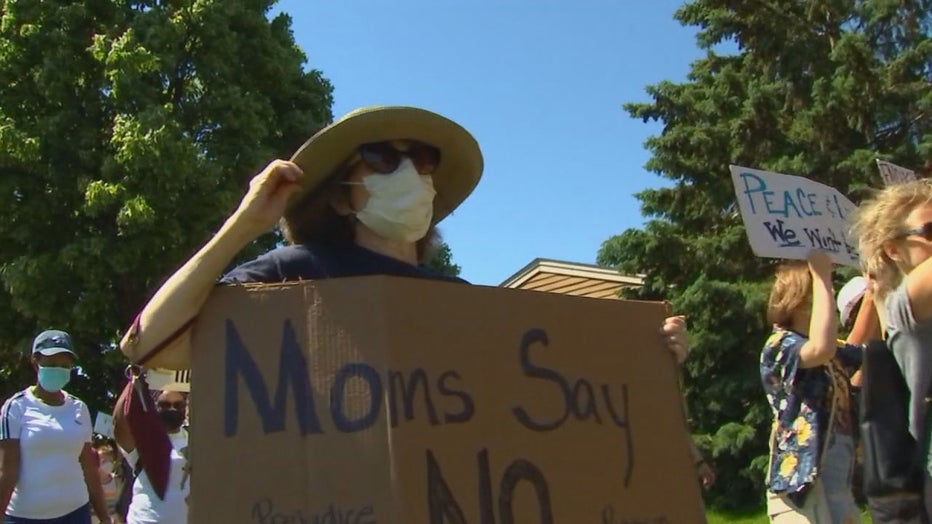 Also on Sunday, a group of local mothers rallied in Apple Valley against police brutality in the wake of George Floyd's death.

Dozens of women and their families marched through Apple Valley demanding change. In his final moment, Floyd was seen on video calling out for his own mom who died years ago.

Those cries have resonated with mothers across the country.