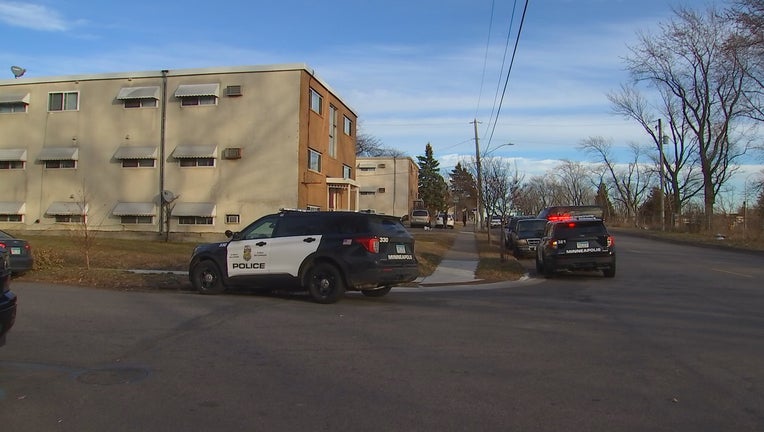 Minneapolis police on scene of a shooting on East 58th Street. (FOX 9)

MINNEAPOLIS (FOX 9) - Police have launched an investigation into a death Friday afternoon in south Minneapolis.

Officers responded shortly before 2 p.m. to an apartment building on the 3100 block of East 58th Street in the city's Wenonah neighborhood for a reported shooting.

At the scene, officers say they found a male, believed to be in his 20s, dead in the apartment.

Police say the early investigation indicates this could be a domestic situation. A woman in her 20s was taken into custody at the scene.

However, at this time, officers say the death remains under investigation. Investigators are speaking with witnesses as the crime lab processes the scene.