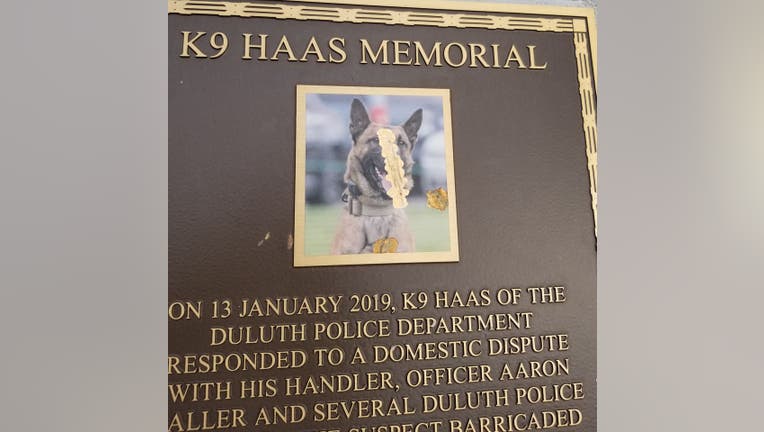 A community group in Duluth, Minnesota is offering a reward to help find who was responsible after a plaque honoring a slain K9 was vandalized.

DULUTH, Minn. (FOX 9) - A community group in Duluth, Minnesota is offering a $250 reward after a plaque honoring a fallen K-9 officer was vandalized.

According to the Duluth Police Chief Mike Tusken, the plaque honoring K-9 Haas was recently vandalized and the Gary New Duluth Development Alliance is offering a reward of $250 for information leading to the arrest of those responsible.

K-9 Haas was killed in the line of duty in January 2019 when a man barricaded inside a home opened fire and shot Haas and a Duluth police officer. The officer, identified as Aaron Haller, had minor injuries.

Anyone with information is asked to call the Duluth Police Department at 218-730-5020.