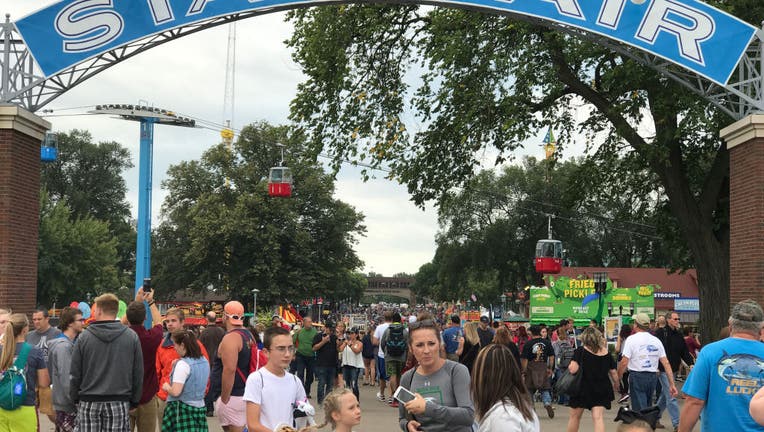 FALCON HEIGHTS, Minn. (FOX 9) - While the 2020 Minnesota State Fair was canceled due to the COVID-19 pandemic, plans are moving forward for "different scenarios" for the fair this year, according to State Fair General Manager Jerry Hammer.

Hammer presented the news at the recent annual meeting of the Minnesota State Agricultural Society, which is the governing body of the State Fair.

"From the day we canceled, our priority has been to ensure the future of the fair by holding our operation together," said Hammer in a statement. "I cannot stress enough how critical our expert staff is to the success of the fair. They’re experienced pros, and there is no fair without them. Our staff is ready to go, and we can’t wait to welcome everyone back together at the State Fair."

Last year, the fair reported an operating loss of $16.2 million. In 2020, only $2.4 million in maintenance was completed at the fairgrounds, compared to an average $12 million spent in recent years. The State Fair does not receive any state funding.

During the economic downturn, the Minnesota State Fair Foundation, the nonprofit that does fundraising for the fair, signed up "Friends of the Fair," who made contributions toward fair improvements.

Instead of the traditional fair last summer, the fair held alternative events, such as a drive-thru State Fair Food Parade, virtual entertainment and an online merchandise marketplace.