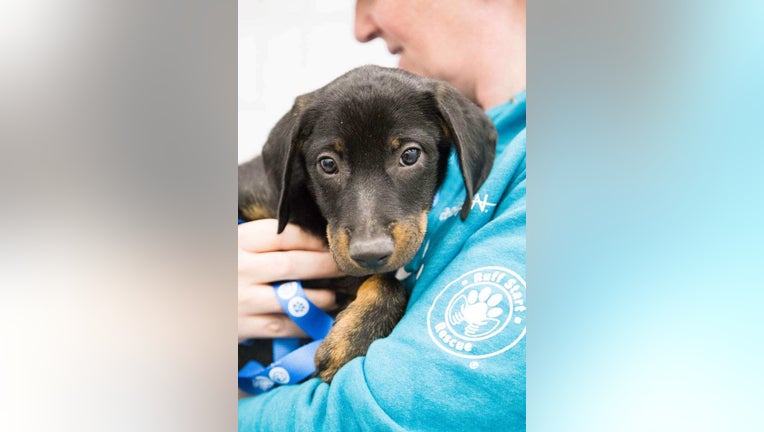 PRINCETON, Minn. (FOX 9) - Rescue organizations are seeing a large number of pet adoptions as people look for comfort and distraction during the pandemic.

“Some of our dogs and cats that have been in the rescue the longest are getting adopted, the interest has been amazing," said Azure Davis, Founder of Ruff Start.

The rescue is open for business, but doing things a lot differently because of the coronavirus. It is conducting drive-up foster exchanges, virtual home visits and when a potential pet owner meets a new dog, there is a six-foot leash involved.

Minnesota Basset Rescue told FOX 9 they a fostering just one basset hound and it is waiting on a Wisconsin family for pickup. Normally, on average they have six or eight waiting for new homes.

“This trend of people wanting to take a dog, wanting to take a cat, out of boredom, maybe anxiety, their kids are home and they need something to do now. What a better way to help an animal and they put people at ease, they bring so much joy,” Davis said.

Ruff Start advises people who want to adopt to think carefully about the decision.

“One thing we don’t want to see is in two months, when everyone goes back to work, people returning their animals because they didn’t know what to expect,” Davis said.

She added that her organization counsels new pet owners on expectations.

St. Paul veterinarian, Eric Ruhland, said he has been getting a lot of questions on the topic.

“It’s a really lonely time and people are re-evaluating their family structures. This has been a real sea change, people are prioritizing the human-animal bond and companionship with their pets,” Ruhland said.

He tells people to go to shelters, pet rescues and reputable breeders.

“Stay away from large scale pet stores or a breeder that says they want you to meet them someplace or meet you at a gas station, you want to see the facility or at least go there and see what is going on,” the owner of the St. Paul Pet Hospital said.

He advises people to have at least $1,000 set aside for unexpected costs. New owners will also have to get the animal spayed or neutered. Normally, that duty is taken care of by many rescues or shelters before an animal is adopted out, however, elective vet surgeries have been restricted by the state since March 19.