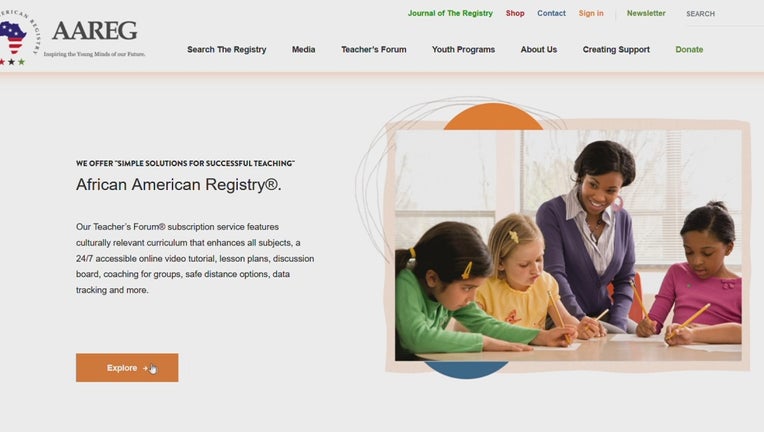 (FOX 9) - An online education resource called the African American Registry is trying to get into more Minnesota classrooms.

Founder Ben Mchie was inspired to create the registry 20 years ago with the goal of bringing the full picture of African American history into schools year-round.

An online education resource called the African American Registry is trying to get into more Minnesota classrooms.

The website has more than 5,000 articles and 2,000 videos about people, locations and episodes about the contributions to African American history. Teachers can subscribe to get access to lesson plans for all grade levels. Mchie says he is also proud that other races and tribes are highlighted because of a concept he calls "intersectionality."

"If you're on a slave ship going to Brazil or Mexico or Jamestown you'll interact with other cultures and nationalities in 500 years, so in those 5,000 articles are articles that include white people, brown people, Asian people and Indigenous people," he said. "Mark Twain is in our database, Eleanor Roosevelt is in our database, Richard Aoki, Seminole tribe. Intersectionality is there and that is the piece that's extremely helpful for teachers in 21st century that matches the browning of the classrooms in this state."

Mchie says in 2017, student teachers at Metropolitan State University and the University of St. Thomas analyzed the teachers’ forum material and a large percentage said they found value in it. Not only do all the lesson plans meet or exceed state standards, but Mchie says it will have a huge impact on society because this generation of students has come a long way, seeing a whole different world.

"These kids have grown up with environmental justice in their face," said Mchie. "It’s normal for them to see Black man running the country, a Black woman running the country. It is normal to have LGBTQ in their family, let alone their classroom. It is normal to see and hear and breathe that the country that they live in is at war with someone else. All of those things are normal and all of those things speak to a different viewpoint of what content should look like and what it should teach with. They are the future. They are going to be here in 20, 30 years. I’m not. So to put culturally relevant material in front of them and pedagogy is the safest bet to put a dent in systemic racism that exists in Minnesota and America."

The African American Registry is hoping a piece of legislation, called the Readability Learning System, passes at the Capitol this session. It’s the registry’s culturally relevant literacy program.