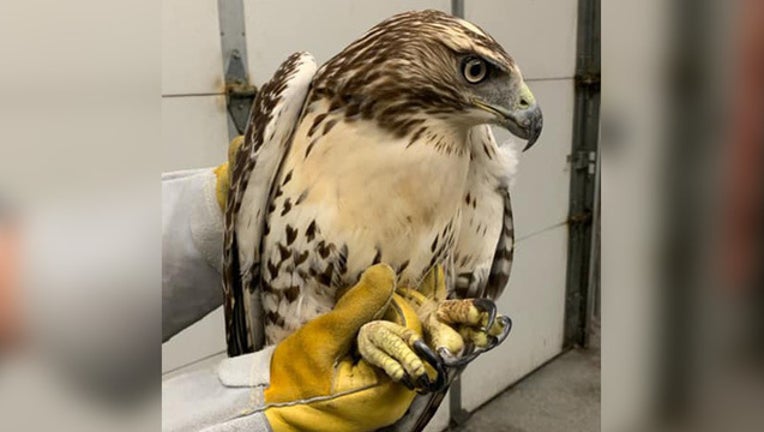 According to police, officers were called to an injured hawk in the city and found a 2-year-old Red Tail had a broken wing and missing tail feathers.

Officials say that once the hawk has recovered, she will be released back in the area she was found.

The Raptor Center told police she is the one of the largest hawks they have seen for her age.