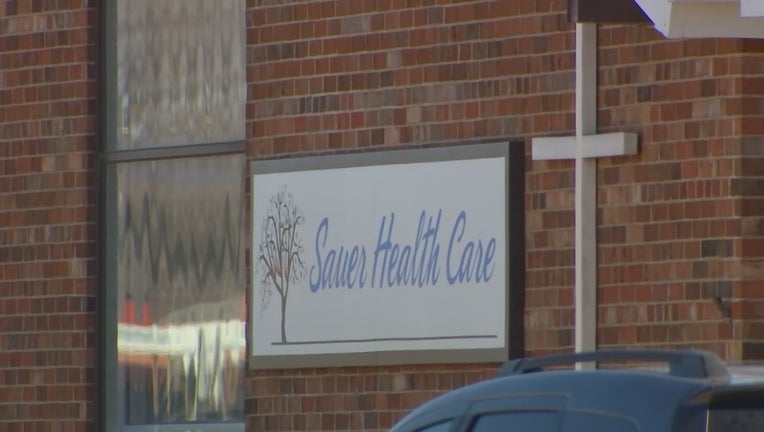 According to an inspection report obtained by FOX 9, Sauer Health Care was one of the worst, with residents in “immediate jeopardy." (FOX 9)

(FOX 9) - The last time Larry Jilk visited his sister at Sauer Health Care in Winona, everything seemed normal and that was very odd. It was on March 7, and there was no one greeting visitors at the reception desk, he recalled. No one was wearing a mask either.

“Things didn’t seem different,” Jilk commented. “And we were already a month and a half into this thing.”

The FOX 9 Investigators discovered Sauer Health Care was one of the worst, with residents in “immediate jeopardy,” CMS' most severe warning. By March, the facility had failed to implement infection control practices: no staff or visitor screening, no daily monitoring or isolation of symptomatic patients. None of the staff completed training for infection control because they were too busy. Within three weeks, 33 residents tested positive for COVID-19, along with 22 staff. Five residents died, including Judy.

"You can’t judge what you can’t see," Jilk said.

In Minnesota, about 80 percent of the COVID deaths have been in long-term care, which is one of the highest rates in the nation. The inspections show how the virus could spread like wildfire.

At St. Therese of New Hope, where at least 57 have died, inspectors found a nursing assistant serving a meal to a COVID patient last month who didn’t remove her gown or wash her hands before leaving the room. In another case, a physical therapy assistant was in a room with two COVID patients, but didn’t know why they were in isolation. Inspectors said she didn’t have proper training or eye protection.

St. Therese disputes that, and is appealing. In a statement they point out, “…there was only a single violation..” in a 258-bed home “… battling an invisible and sometimes fatal virus…”

University of Minnesota Professor and Gerontologist, Eilon Caspi believes the key is to look for patterns in nursing home violations.

"The crisis was here before this mega-crisis," he said. “The truth is inspections only capture a fraction of what is happening, abuse, neglect of health care and neglect of supervision, accidents, falls and infection control violations often times occur inside bedrooms, bathrooms behind closed doors."

But even ratings aren’t much help.

Parkview home in Belview, Minnesota gets a five star rating on the CMS Nursing Home Compare website. But the survey last month found 17 residents in “immediate jeopardy.” Inspectors found there was still communal dining, group activities, and no screening of employees. A resident with COVID symptoms played bingo with other residents and ate in the dining room.

Moorhead Rehabilitation and Healthcare Center, already under the microscope for serious quality issues, got an “immediate jeopardy” warning as well. There were 23 residents that had COVID and three died. Inspectors found the facility failed to isolate infected patients, sending one to dialysis without telling the transportation driver, potentially spreading the virus to nine other vulnerable dialysis patients.

In a statement the facility wrote they “…disagree with many of the findings..” and are “…in the process of appealing…”

Andy Slavitt, the former head of CMS, under the Obama Administration, believes Minnesota has done better in stopping the virus spread in other places, which is why long-term care stands out statistically.

He believes if the crisis would play out in child care facilities, things would be different. Slavitt blamed the Trump Administration for lax enforcement of infection regulations.

"I feel like the first time I hear the name of a nursing home is when 20 people have died there, shouldn’t we be hearing that before?" he asked.