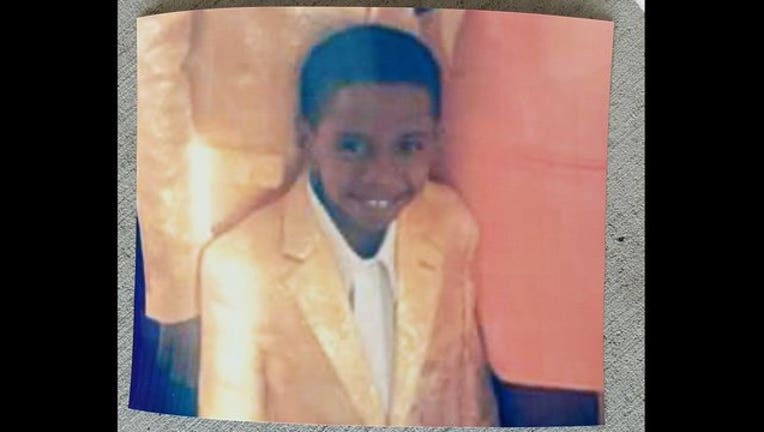 A photo of seven-year-old Keyaris Samuels lays on the front stoop of his Plymouth, Minnesota home. Police say Samuels accidentally shot himself with a loaded hangdun he found in a box in the home.

PLYMOUTH, Minn. (FOX 9) - Police in Plymouth, Minnesota said Tuesday that they are not filing charges in the death of a 7-year-old boy who accidentally shot himself in the head with a loaded handgun he found in his home.

Keyaris Samuels died on May 16, 2018. Police said he found the loaded handgun in a box containing a new hoverboard. He was alone in the home at the time, but several other children were playing and found him after hearing the gunshot.

Samuels’ grandmother said the family had bought the hoverboard secondhand the night before. She claimed the box was taped up and they have no idea how a loaded gun got packed inside.

After over a yearlong investigation, the Plymouth Police Department said they are unable to charge anyone in the case.

Investigators conducted interviews, conducted DNA evidence and analyzed cell phones involved with the case, but in the end, both the police department and the Hennepin County Attorney’s Office agreed there was not enough evidence to proceed with filing criminal charges.

Plymouth Police Chief Mike Goldstein said his department is “extremely disappointed” with the outcome of the case, but officers and investigators “left no stone unturned."

“Keyaris Samuels, a young, innocent victim, should not have died because of the reckless and irresponsible actions of an individual who left a loaded, unsecured handgun in a residence where four young children resided,” Chief Mike Goldstein said in a statement. “No family should ever have to endure such a senseless tragedy.”

Police said the investigation is now inactive, but they will “eagerly re-open the case” if any new information is discovered.