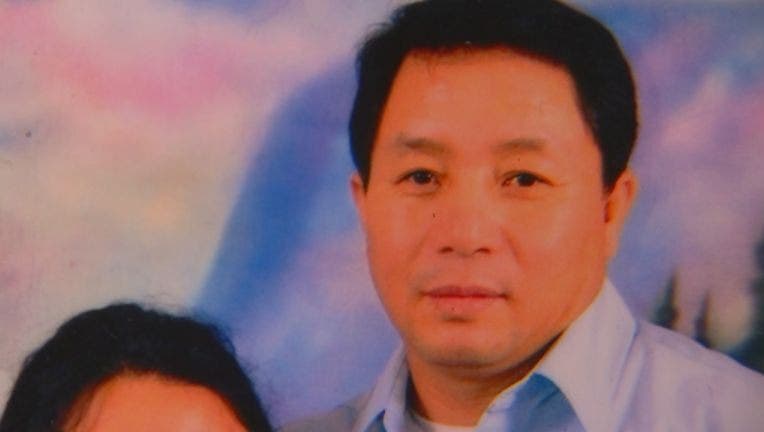 (FOX 9) - The Minneapolis police officers who were involved in the deadly shooting of an armed north Minneapolis man last year will not be charged, Hennepin County Attorney Mike Freeman announced Monday.

On Dec. 15, 2019, Chiasher Vue was fatally shot on the porch of his home as he fired a semi-automatic rifle at police, who had been called to the house by his adult son.

"This is another tragedy in our community and we extend our sympathies to Chiasher Vue’s family," Freeman said in a release. "However, Minneapolis police took numerous steps to avert this outcome. They brought in Hmong-speaking officers to talk to Chiasher Vue by phone and face-to-face. One of the first attempts to subdue him was a non-lethal round. But ultimately, Chiasher Vue rejected the offers made to him and began firing his rifle, endangering the lives of the officers and nearby residents. Under the totality of the circumstances, the use of deadly force by the officers was necessary, proportional to the threat and objectively reasonable."

According to the BCA investigation, Chiasher Vue’s son called 911 at about 3 a.m. and said his father was drunk and had just fired three or four shots inside the house. Several of his children had fled to a car outside, but the caller was unable to get his grandmother - Chiasher Vue’s mother - out of the house in her wheelchair. The dispatcher told the son to have his siblings drive a short distance away to meet police.

Family members told police Vue only spoke Hmong, so a Hmong-speaking officer arrived to the scene and attempted to deescalate the situation by talking to Vue through the PA system.

According to the criminal complaint, Officer Andrew Reed and his partner Richard Brown arrived on scene and, despite deescalation attempts - including attempts from Vue's daughter - Vue did not respond to the officers' commands.

When police noticed Vue had a rifle, Officer Reed got into position, preparing to shoot a less-lethal round. After warning other officers, Officer Reed aimed at Chiasher Vue’s chest and fired. Within seconds, more shots were fired by officers and Chiasher Vue.

The BCA reported that while the body-worn cameras were often obstructed as the officers ducked behind cover, they showed Chiasher Vue open the door, with the rifle pointed downward, but he then raised it to his shoulder. According to the complaint, investigators were unable to determine if he shot first or one of the police officers did. He eventually went down and the officers stopped shooting.

A few seconds later, Chiasher Vue sat up and brought the rifle back up, and the officers fired again until he fell backward again. Officers moved in slowly and realized Chiaser Vue was no longer moving. He was transported to a hospital where he later died.

"In this situation, the officers at the scene knew that Chiasher Vue had fired shots inside his house, scaring his children," the attorney's office wrote. "When he stuck his head outside the porch door, it appeared he was going to surrender. But when he went back inside, grabbed his gun, and pointed it at officers, he had escalated the situation and the nine officers were presented with a clear threat of immediate great bodily harm or death. No criminal charges are warranted."