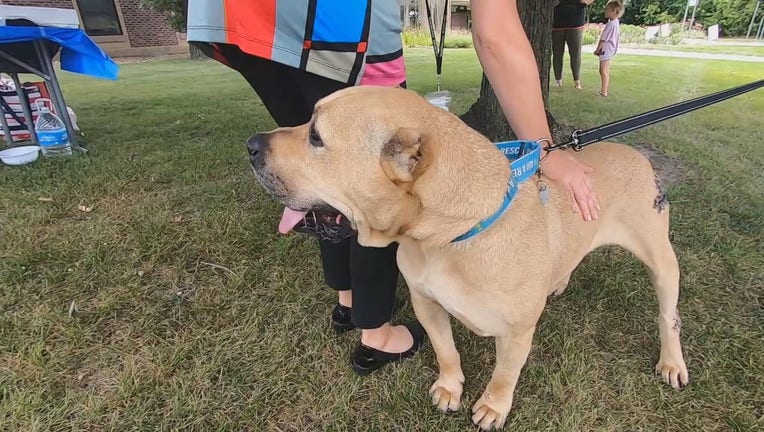 Mufasa has a new lease on life after being re-nourished by a loving family.

(FOX 9) - It’s been nearly one year and six months since a dog was left for dead in Maplewood, but he has since been reunited with the officer who started his long road to recovery.

Sue Felt is now the proud owner of Mufasa.

It’s been nearly six months since a dog was left for dead in Maplewood, but he has since been reunited with the officer who started his long road to recovery.

“He is probably one of the happiest, sometimes not well-behaved, but usually, dogs ever,” said Felt. “He is just so mellow.”

Estimated to be three years old, the Mastiff mix has doubled in weight since he was found wandering outside a Maplewood apartment complex in late February. Not even 40 pounds then, it took him months to nurse him back to good health. 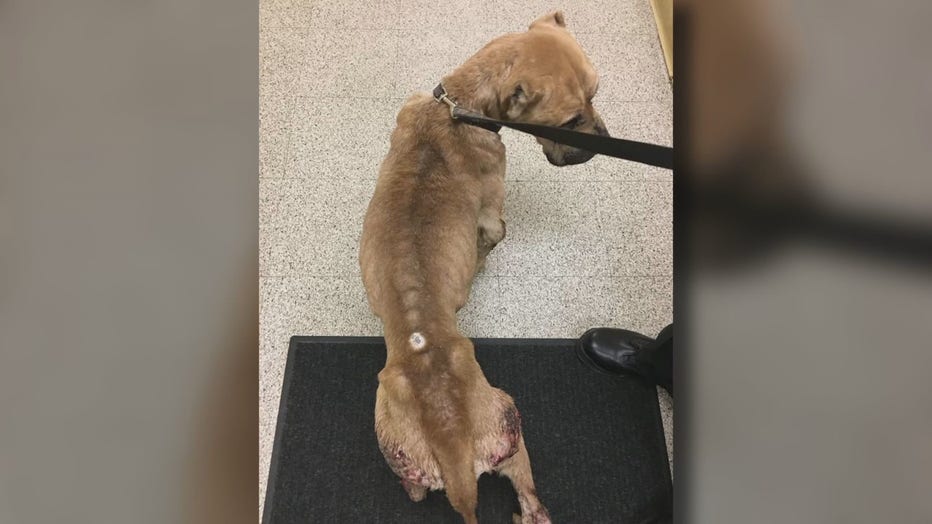 Mufasa was barely 40 pounds when a Maplewood Police Officer rescued him from what was clearly a neglectful and abusive situation.

Wednesday, many people who had been contributing to Mufasa’s recovery gathered together. From Facebook fans following his story to his veterinarian and trainers and even the owners of another dog who supplied critical blood transfusions.

Until now, the only person Felt was yet to meet and thank was Officer Markese Benjamin. A 13-year veteran of the force, Benjamin found Mufasa and got him to the right people to help.

“When I was taking him to the squad car, I was just thinking hopefully they can do something for him,” said Benjamin. “Then, I thought the other side of it. They probably will put him out of his misery. But here we are today.”

Mufasa will always carry the scars of being confined to a crate for who knows how long and he needs a special diet because of permanent damage to his stomach.

“Just this summer, he was weaned off his last medication, which does tell us it was a neglect case that developed an autoimmune disorder,” Felt said. “So he does not need to be on medication the rest of his life.”

While Benjamin admits he doesn’t love the extra attention as much as Mufasa does, success is always worth celebrating.

While the gathering was a bright spot, Mufasa’s story is far from over. Felt says she will keep Mufasa’s 5,000-follower Facebook page updated.