A new mural on the exterior of a hair salon in Rush City, about an hour north of the metro, is creating some controversy in the Chisago County community. City leaders insist the mural is not authorized under local statutes and have ordered the business to remove it.

RUSH CITY, Minn. (FOX 9) - A new mural on the exterior of a hair salon in Rush City, about an hour north of the metro, is creating some controversy in the Chisago County community.

City leaders insist the mural is not authorized under local statutes and have ordered the business to remove it.

But the owners argue, the painting sends a message of inclusivity and unity, and they are not touching it.

"It was really important to us that people who aren't always well represented were represented, especially in, like, a rural community like this," explained Erin Oare, who has owned the Hairdo or Dye salon at 4th Street and Dana Avenue in Rush City for more than a dozen years.

When the crumbling building on the neighboring lot, just feet away, came down recently, Erin and her husband Jason Oare saw the ideal canvas on the now-exposed west side wall. And they thought what better way to send a message of unity and inclusivity than with bright flowers and half-a-dozen fisted hands of varying skin color. 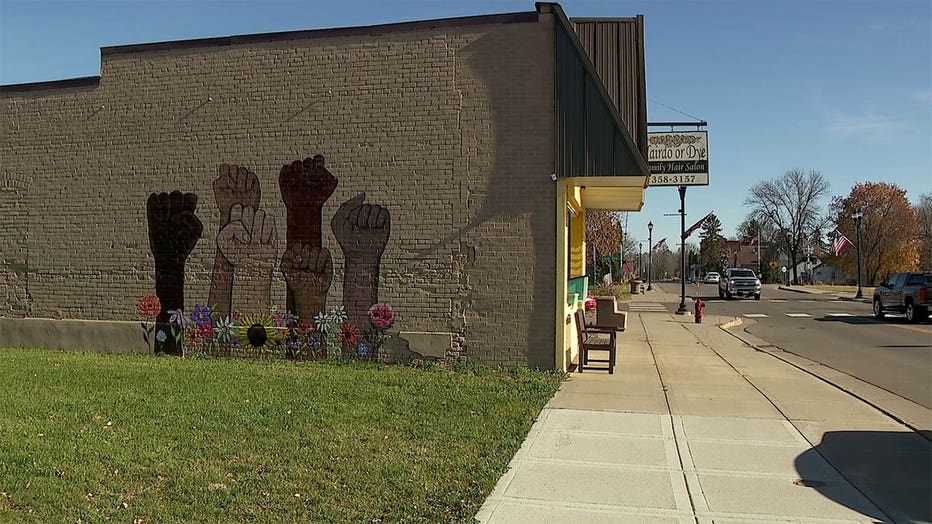 The new mural at a hair salon in Rush City is drawing scrutiny from the city. (FOX 9)

One dog-walking resident, a FOX 9 crew stopped on the street on Tuesday, said she fell in love with the paint job immediately.

"It just made my heart happy. It gave me hope for this community. This is a very conservative, progressive community. And it was such a sign of hope for me. I love it so much," she told reporter Paul Blume.

But it turned out City Hall had a different opinion of the mural. And it hit the Oares with a warning letter, informing them they were in violation of Rush City zoning ordinance, and threatening potential misdemeanor consequences including fines and jail time if they don’t get rid of the wall painting within 10 days.

"My first reaction was shock," recalled Jason Oare. "Especially for two people that have never been convicted of anything. So it is kind of a slap in the face."

While no one with the city agreed to be interviewed on-camera for the story, the mayor said the issue comes down to a gray area in city code. 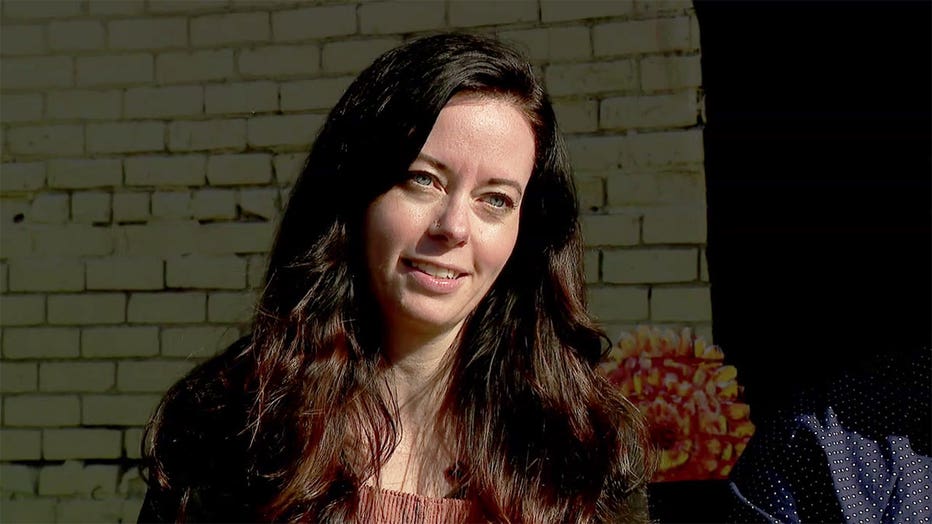 Dan Dahlberg explained that anything not explicitly permitted, like an exterior wall painting in Rush City’s Main Street business district, it has to be considered prohibited. Thus, with no mention of a mural in the code, it is not allowed, regardless of the subject matter or theme.

Something the Oares were told before they commissioned the artwork.

"We just didn't feel like that made a lot of sense to us," said Erin. "So we did our own investigation, and kind of talked to professionals and they said, yeah, that that doesn't hold up. So like you can, you can do that. So we did go ahead and do it."

Mayor Dahlberg added in a written statement, "At a personal level, I believe the mural is a well-done piece of artwork and deserves more positive attention." The hope is the city can hash out these issues at its next council meeting on November 14th. The Oares said they will be there and looked forward to the dialogue.

Meantime, a large rally is taking shape, fed mostly by social media, for Saturday at the salon. November 5th will be the 10-day ordinance violation outlined in the city letter. Organizers have dubbed the gathering "Save the Wall."