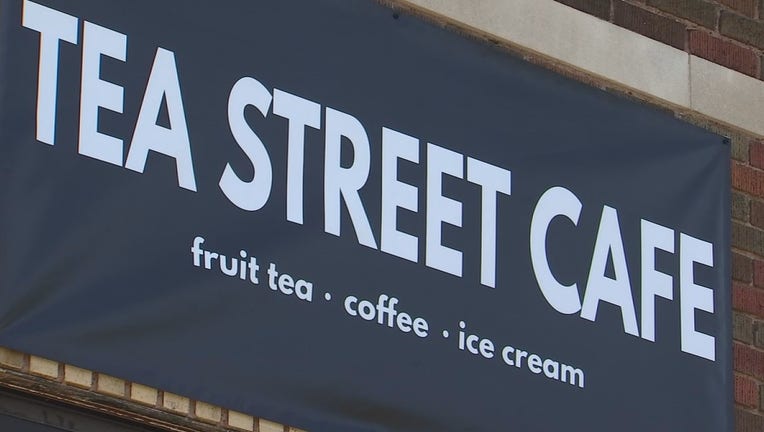 Tea Street Cafe is opening up near George Floyd Square in Minneapolis as the area begins to reopen. (FOX 9)

MINNEAPOLIS (FOX 9) - A new business opened near George Floyd Square as the area enters a stage of transition more than a year after Floyd’s death.

Tea Street Café is the newest addition at the 38th and Chicago intersection.

A new business opened near George Floyd Square as the area enters a stage of transition more than a year after Floyd’s death.

"It’s gonna make it a comfortable place to come and eat, get something to drink, some good coffee," said Rashad West, a Tea Street Café co-owner. "It’s somewhere you want to be with good ambiance and atmosphere."

Traffic is rolling through the area and the city has installed several parklets, creating sidewalk patios, while community members tend to gardens in this space of mourning and reflection.

West, who already owns another restaurant in this neighborhood, is doubling down. He is excited for the future with his team. They say they are trying to fill a hole in this corner of south Minneapolis which they believe lacks a quality coffee shop. They are also committed to hiring local.

"It feels very purposeful to say a short answer," said Maggie Sponsel, a Tea Street Café co-owner. "It’s really great to bring some vibrance back into the neighborhood. I should say, enhance it."

"I’ve said repeatedly this was going to be a phased process as to how we ultimately memorialize this space, honoring the legacy of George Floyd, made sure this was an ongoing location of racial justice, healing, centering on Black businesses and Black property owners along that corridor," said Minneapolis Mayor Jacob Frey.

Frey went on to say he thought the city and community were making good progress on the ultimate vision for the area.

As for Tea Street Café, for now they’re open on a limited basis with a full, grand opening planned for later this summer.