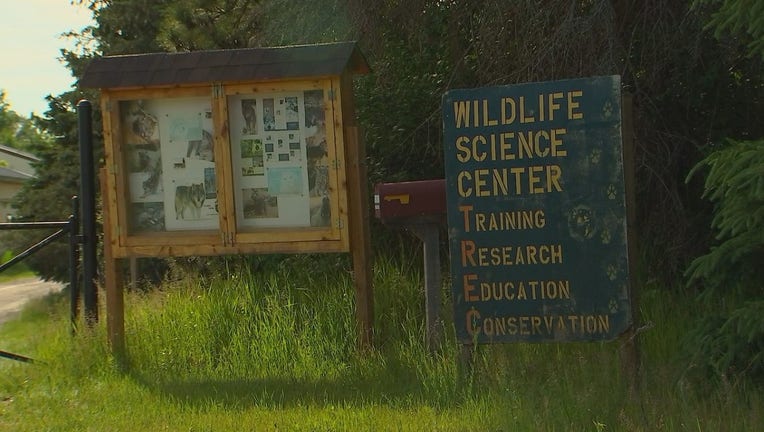 Staff and neighbors are concerned after wolves escaped from a wildlife center in Anoka County.

Meanwhile, neighbors say they didn’t find out wolves had escaped until they saw the story on the news Monday night, five days after the wolves left.

The Wildlife Science Center says the wolves are not a threat because they’ve been in captivity their entire lives, but neighbors in the area say they still wish there had been a warning that wolves are on the loose.

Neighbors are concerned after a small group of wolves escaped from a wildlife center in Anoka County, though staff says the wolves pose little threat as they were raised in captivity.

"That was a surprise to me," said Dawn Buchholz, a resident. "I looked on my newsfeed and FOX told me the wolves had escaped, so I was very surprised and a little bit dismayed that’s the way I found out."

Buchholz’s home borders the wolf pack, and with wolves on the loose for six days, she’s now keeping her dog on a tight leash.

"I understand it’s not the threat level of a wild animal, but they are still wild animals and they’re hungry and they’re scared, and we don’t know how they might react," she said.

Across the street, neighbor Lewis Derry had a wild encounter when the wolves combed through his yard last week. Derry said his fear turned into awe when he realized the wolves weren’t threatening him or his two cats on the front porch.

The Wildlife Science Center believes the wolves are searching for their newborn pup. The pup was taken from its mother to be bottle-fed, but the pack panicked. Four wolves escaped, but only three remain after the father of the pup was hit by a car.

Staff says that while the wolves don’t know how to catch prey, pet owners should still be cautious.