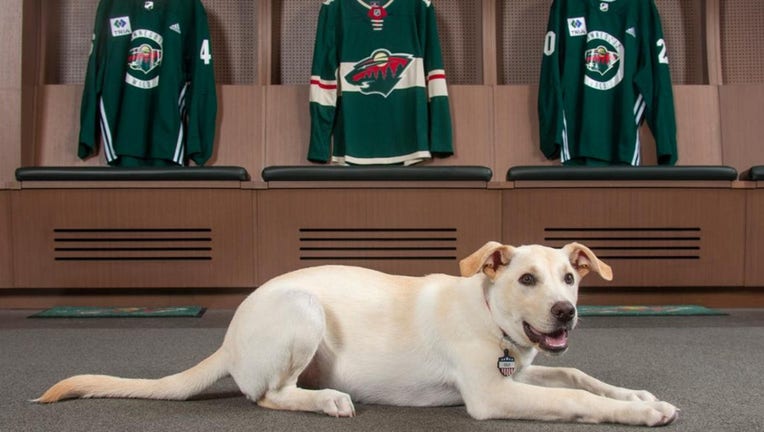 (FOX 9) - The Minnesota Wild has adopted a new dog as part of their Adopt-A-Dog Program, the team announced Tuesday.

According to a release, Celly will be raised to become a future service dog. This marks the third time the Wild has adopted a dog from Coco's Heart Dog Rescue.

Breezer, a Labrador Retriever, was the first team dog adopted during the 2019-20 season and Hobey, a Golden Retriever, was adopted for the 2020-21 season.

After their year-long training with the Wild organization, the dogs are then trained with Soldier's 6, a 501(c)3 nonprofit based in Minnesota that provides honorably discharged veterans, police officers, and fire fighters with specially trained K-9s.

Following his tenure with the Wild, Celly will pursue a career training with Soldier's 6. After his training, Celly will be permanently placed with a veteran with post-traumatic stress disorder (PTSD) as a "Battle Buddy."