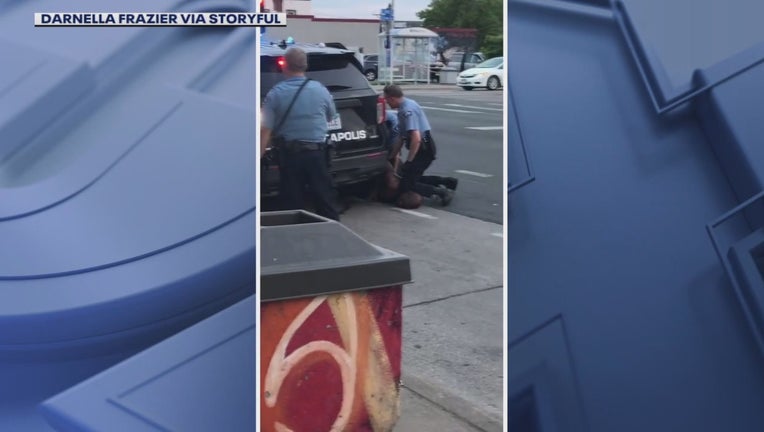 Video captured by a bystander showed an officer pressing his knee into the neck of George Floyd, who later died. (Darnella Frazier via Storyful)

(FOX 9) - A Minnesota sheriff denounced the actions of the Minneapolis police officer seen holding his knee on George Floyd's neck Monday, writing that his department "would never tolerate any tactics" like those used Monday night. He went on to say that it does not appear that the officer "absolutely felt his or her life was in jeopardy."

Dodge County Sheriff Scott Rose posted a message on the department's Facebook page Wednesday, writing that the video of George Floyd's arrest "left me shocked, sad, frustrated, and angry," and that the reports of riots and protests left him feeling the same way.

Rose wrote that he felt "shocked that another officer didn’t step in and stop it. Sad seeing Mr. Floyd begging the officer to stop, saying he couldn’t breathe. Frustrated that any officer would think this was ok. Angry that George lost his life because of this."

RELATED: Use of force experts: George Floyd video 'like a checklist of things done incorrectly’

The sheriff went on to write that the department conducts de-escalation training, writing that "we train on pressure control tactics – a knee on the neck is not part of any training we do with our staff. Please know we would never tolerate any tactics like this here in Dodge County, unless that officer absolutely felt his or her life was in jeopardy. That obviously doesn't appear to be the case with Mr. Floyd."

Use of force experts say the police officers' actions leading up to George Floyd's death are some of the worst they've seen.