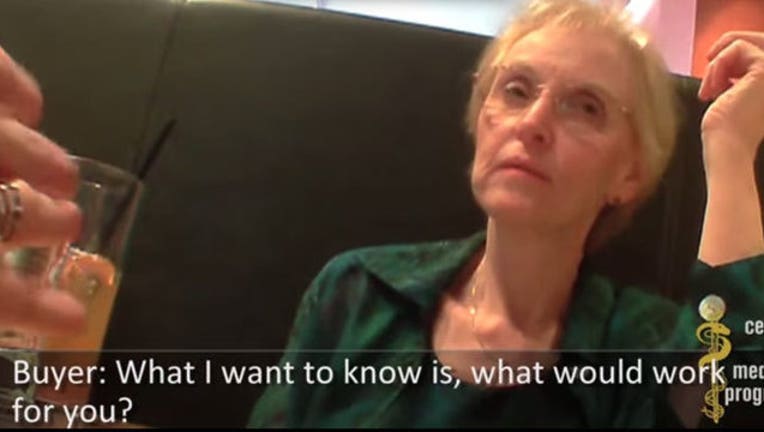 The Republican Party of Minnesota has renewed its demand for a state investigation into Planned Parenthood after a pro-life group released a second, secretly-shot video to bolster allegations that the organization illegally sells aborted fetus organs.

“The first video of a Planned Parenthood executive discussing the selling of fetal body parts was severely troubling, and the fact that a second video has now emerged shows a degree of corruption and unethical and likely illegal conduct that requires immediate action," said MNGOP chairman Keith Downey. “While Planned Parenthood sells fetal organs, Democrats Al Franken, Betty McCollum, Rick Nolan, and Tim Walz have stayed silent, allowing the organization to continue committing these disgusting acts. All four have received contributions from Planned Parenthood. When will these Democrats do the right thing and speak up, call for an investigation and return Planned Parenthood’s donations?”

Minnesota Gov. Mark Dayton rejected the idea of a state-initiated investigation Tuesday, considering Planned Parenthood of Minnesota, North Dakota, South Dakota is a separately-incorporated Planned Parenthood organization that does not have a fetal tissue donation program.

"As far as I'm concerned, there's no basis for an investigation at taxpayer expense into a private, nonprofit organization that has stated they don't engage in those practices here in Minnesota," Gov. Dayton said.

The Center for Medical Progress says it worked in conjunction with the pro-life Christian organization Operation Rescue to conduct the “undercover journalism investigation.” Operation Rescue member Scott Roeder was sentenced to life in prison in 2010 for the murder of Dr. George Tiller, who was one of the few doctors in the United States to perform late-term abortions.

“In health care, patients sometimes want to donate tissue to scientific research that can help lead to medical breakthroughs, such as treatments and cures for serious diseases. Women at Planned Parenthood who have abortions are no different. At several of our health centers, we help patients who want to donate tissue for scientific research, and we do this just like every other high-quality health care provider does -- with full, appropriate consent from patients and under the highest ethical and legal standards. There is no financial benefit for tissue donation for either the patient or for Planned Parenthood.  In some instances, actual costs, such as the cost to transport tissue to leading research centers, are reimbursed, which is standard across the medical field.

“A well-funded group established for the purpose of damaging Planned Parenthood’s mission and services has promoted a heavily edited, secretly recorded videotape that falsely portrays Planned Parenthood’s participation in tissue donation programs that support lifesaving scientific research.  Similar false accusations have been put forth by opponents of abortion services for decades. These groups have been widely discredited and their claims fall apart on closer examination, just as they do in this case.”