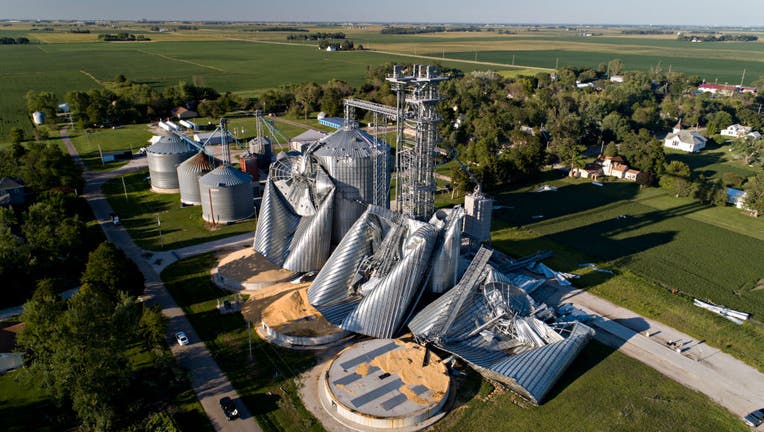 (FOX 9) - A group of Minnesotans are among the Red Cross volunteers helping with relief efforts following the destructive derecho that hit central Iowa last week.

The derecho on August 10 brought widespread, destructive straight-line winds from central Iowa into northern Illinois. The Marshalltown Airport recorded wind gusts of 99 mph. An update from the National Weather Service reported winds reached as high as 140 mph near Cedar Rapids. According to Alliant Energy as of Thursday, thousands of customers are still without power, especially in the Cedar Rapids area.

Iowa Governor Kim Reynolds has described the damage as a "basically a 40-mile-wide tornado with 112 mph winds." While the damage from a derecho can look like a tornado, the key difference is a derecho produces more widespread damage. A tornado's width is usually less than a mile, a derecho can cause damage over a width of many miles, according to the National Weather Service.

Since the derecho, the Red Cross has arranged more than 1,000 overnight stay in hotels or shelter for those displaced and has provided nearly 20,000 meals and snacks, according to a Red Cross spokesman for the Nebraska-Iowa region. Fifteen volunteers from the Minnesota region are helping with the effort with some on the ground in Iowa and others helping virtually. The Red Cross is also helping with the cleanup effort by distributing supplies such as rakes, shovels and tarps.

President Donald Trump visited Cedar Rapids earlier this week to the view the damage and promised to approve a request for $180 million in aid for damaged homes and infrastructure in the state.