American Red Cross volunteers from Minnesota are being deployed to Kentucky after a devastating tornado swept through the state on Friday, leaving over 70 people dead and causing catastrophic destruction.

(FOX 9) - Whether it's a house fire or a hurricane, American Red Cross volunteers are there when disaster strikes. In the wake of the most devastating tornado in the history of the state of Kentucky, Minnesotans are being called in to help.

"We are sheltering people, we are feeding people, and we are taking care of their mental and physical needs, said Red Cross external relations volunteer Dave Schoeneck. "This is a life-changing event that happens in an instant. It's obvious that there are a lot of needs that are going to be occurring in the next few days and weeks."

On Saturday morning, the Minnesota and Dakotas division of the American Red Cross got the news that volunteers from the region would be needed in Kentucky. Once they arrive, they are expected to stay there to help for about two weeks.

"[Saturday] afternoon and [Sunday], we will begin to get phone calls asking if we are available to deploy. Then, we will start the process of flying in there and setting up shop and setting up shelters," Schoeneck said.

Who gets the call is based on the severity of the disaster and their proximity to it.

"We are fairly close to Kentucky, so we will be called. People in California, not so much," he said.

So far, four volunteers from Minnesota and South Dakota are deploying to help with tornado clean-up in Kentucky. Some have already landed there. The Red Cross expects more volunteer requests to come in throughout the day. 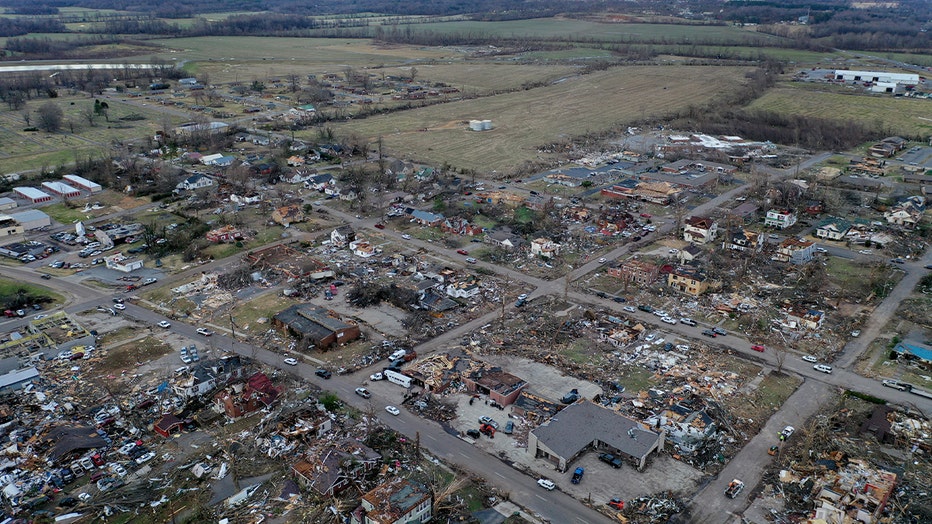 Tornado response can pose unique challenges when it comes to debris, downed power lines and recovery efforts, making it difficult for groups to move in and set up to help. Schoeneck, who has been deployed to seven national disasters himself, believes it will be an emotional and transformational experience.

"You get to meet these people, one on one, person to person," he said. "You learn about their story and where they were and what happened."

For more information on the Red Cross and to donate to help their efforts, click here.

The Red Cross also says blood donations are also needed in the wake of the deadly tornados. To learn more and to schedule an appointment, visit redcross.org/give-blood.