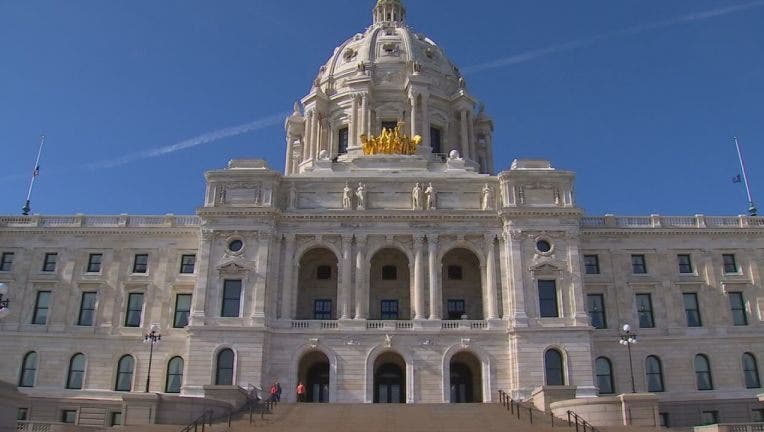 (FOX 9) - Electronic pull tab games that generate hundreds of millions of dollars each year could face new restrictions in Minnesota.

There is concern among legislators that those games are becoming too similar to the slot machines normally found at casinos.

Electronic pull tab games that generate hundreds of millions of dollars each year could face new restrictions in Minnesota.

Prior to the discussion on the house floor Wednesday, Rep. Zach Stephenson, who authored the bill, shared a video with lawmakers where he points out that tribal governments see these games as too closely resembling slot machines, which goes against the law written in 2012.

"It isn’t about gaming, whether you are for or against it, it isn't about the bars or the charities," said Rep. Stevenson. "It’s about are we going to keep our word?  It’s about trust."

At that time, agreements between the state, tribal governments and charities stated that electronic gaming would be basically an upgrade from paper pull tabs. Now, Stephenson and a majority of other house members agreed this afternoon that the state needs to stick to that initial agreement.

According to the electronic gaming group lobbying against this, the changes would make all current e-pull tab games non-compliant and illegal.

They believe the move would reduce revenue for the charities and the state. The annual income to charities is around $69 million and bars make around $37 million on pull tabs, about 15 percent of which is kept by the bars.

Electronic pull tab games that generate hundreds of millions of dollars each year could face new restrictions in Minnesota.

"Our everyday calls are Alzheimer's, dementia and autism, those are every week," said Deputy Butterfield.

About 50 percent of his charity's funding, which pays for lodging and equipment for volunteer searchers, comes from charitable gaming and Butterfield is extremly nervous about proposed changes at the capitol.

"We'll still go if we don’t have this revenue stream but it comes out of each indiviuals' pocket," said Deputy Butterfield.

Representative Keith Franke is among those with a list of concerns about the impact of the legislation on charities, bars, and restaurants, pointing to letters from Allied Charities of Minnesota and Hospitality Minnesota opposing the legislation, especially during a pandemic.

"If we pass this now, [if it] is enacted into law, this is shoveling dirt on the coffin," said Rep. Franke.

For now, despite not being included in the Senate version, the bill has a chance of becoming law effective in September of 2022. Ray Bohn with the Electronic Gaming Group says it would take a least that long, if ever, for gaming software companies to re-create electronic games that would be considered legal.

"The state can’t have it both ways," he says.