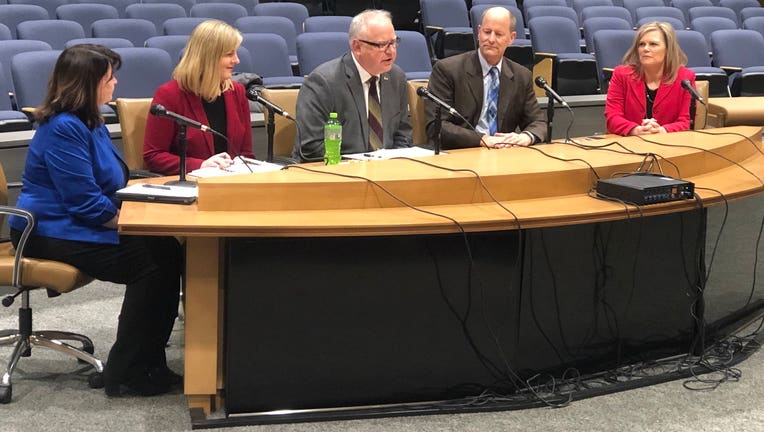 ST. PAUL, Minn. (FOX 9) - In an annual pre-session update, Gov. Tim Walz said one of his priorities is to bank the state’s $1.3 billion surplus in case the economy turns.

“If you don’t have those reserves in place, then you have to make decision about plowing the roads or what happens at our long-term care facilities,” he said. “So, I’m going to argue a very conservative save for a rainy day position.”

Agreements, however, ended there during the pre-session briefing.

“We’re one of only 10 or 12 states that taxes social security income and if we could get rid of that, acknowledging it’s a big price tag, that would be good for Minnesota,” said Gazelka.

Republican leaders want to tax relief, especially on social security, which did not get a warm welcome from Democrats.

“70 percent of social security coming into Minnesota is not taxed,” said Walz.

Another big argument appeared to be how to address the high cost of insulin, which is unfinished business from last session. Democrats want big pharmaceutical companies to pay and Republicans are hesitant.

“They need to contribute in the form of cash,” said Rep. Melissa Hortman. “They have gotten rich off of Minnesotans who need insulin to survive and they need to participate in the solution.”

“This is a tricky issue,” said Rep. Anne Neu. “It’s sensitive because real people and real lives are at stake, yet at the same time, this is a constitutional issue which puts it in a bit of a different basket and we have to be very sensitive to that.”

Republicans say they will focus on strengthening the current laws while Hortman vowed to pass those bills in the House.