A horse therapy center in central Minnesota is hoping to expand its mission of helping children with special needs.

MOTLEY, Minn. (FOX 9) - A horse therapy center in central Minnesota is hoping to expand its mission of helping children with special needs. On a 140-acre farm just north of Motley, Minnesota, the power of the pony is on full display.

Once a week, Willow Hines gets back in the saddle to go for a ride on shorty here on the grounds of Acorn Hill. 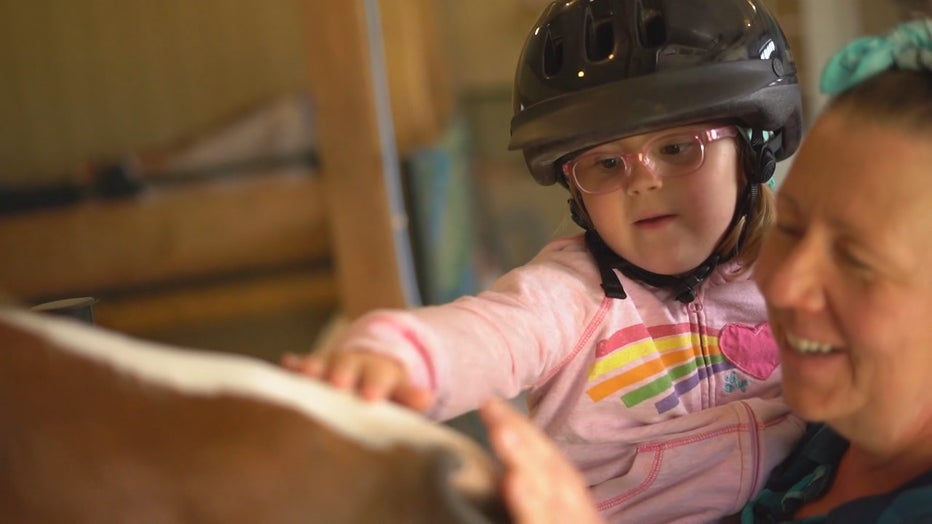 "Just to face her fears,” said recited Willow’s mother Jennifer Hines. “She is riding a pony like it's a not a big deal. I'm afraid to ride a pony yet she isn't."

You see, Willow has Down Syndrome, a genetic disorder that causes developmental and intellectual delays which can often lead to low-muscle tone. So going for a pony ride helps strengthen her leg and core muscles and improve both her physical and emotional well-being. 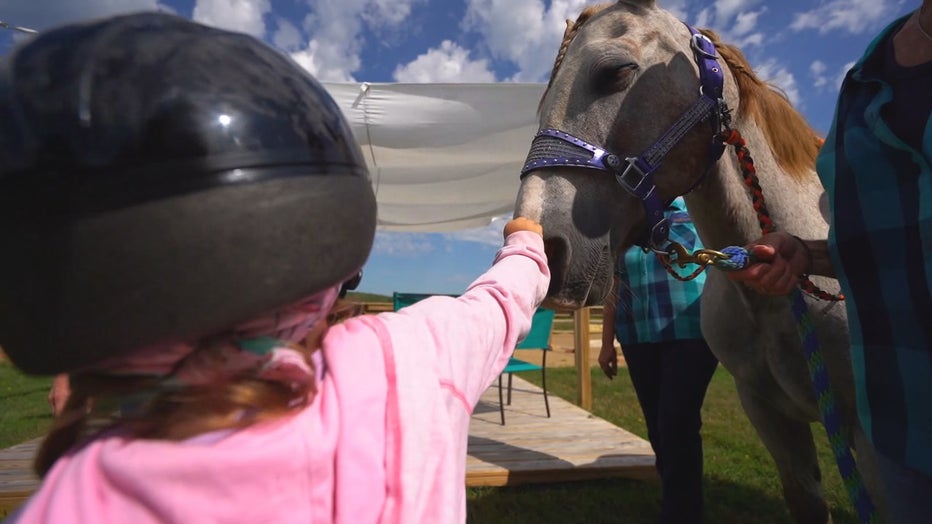 "She had just started walking at age three when we started therapy,” added Hines. “So seeing her legs grow stronger. She started running. She started jumping and I know that is because we came here and started that hard work."

Kelly Peterson came up with the idea for the non-profit after she was hit by a drunk driver and broke her jaw, both legs, and was in a coma for 11 days when she was a freshman in college.

"I just thought how cool would it be to put a child who couldn't walk on the back of a horse," recalled Peterson. "Don't know why or how but it went there and it's been over 30 years now."

But it wasn't until a few years ago that she realized her dream of offering therapeutic riding lessons and horse and pony-assisted therapy to people with special needs. 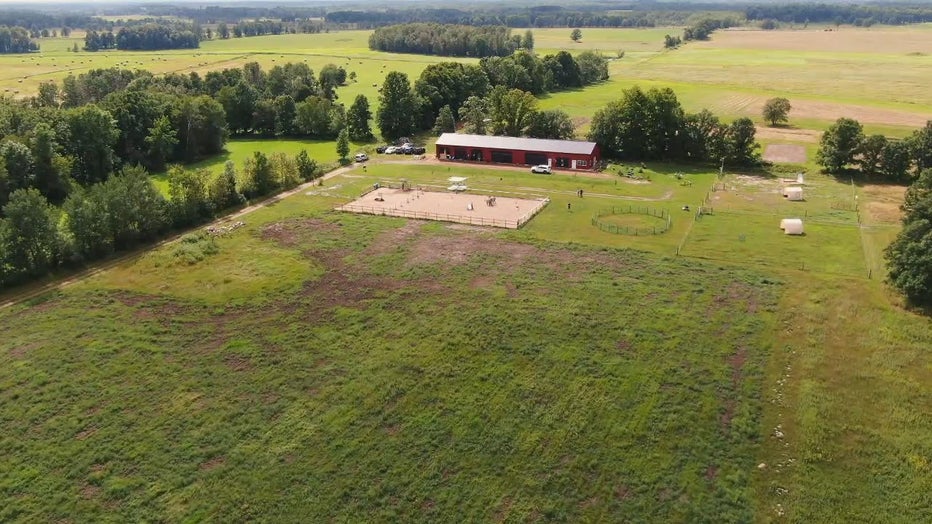 The star of the show is Ruby, a 15-year-old pony that Willow was afraid of at first but quickly came to love.

"In the woods, in a barn. in a place called Acorn Hill lives a pony named Ruby," recited Hines.

In fact, their bond is so strong, Willow's mom wrote a children's book called "Ruby to the Rescue" about their relationship.

"When she rides Ruby, the world around her disappears,” read Hines. “She feels like she is flying. So in a sense, Ruby isn't just a pony. She is super Ruby. Ruby is a superhero."

Sessions at Acorn Hill are limited to the warm weather months because they only have an outdoor arena. 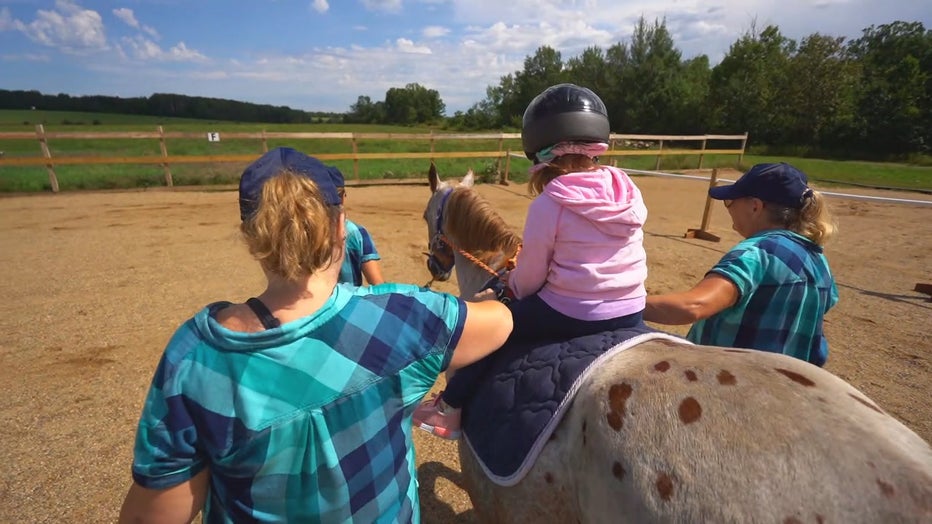 So, Peterson is trying to raise $160,000 to build an indoor facility they can use year round, named after her son Paul, a high school senior who died in a snowmobile accident back in February.

"It's saving me and I would love to extend that to other people in the community and help them in that same way and I feel very much that Paul is on board with that,” explained Peterson. 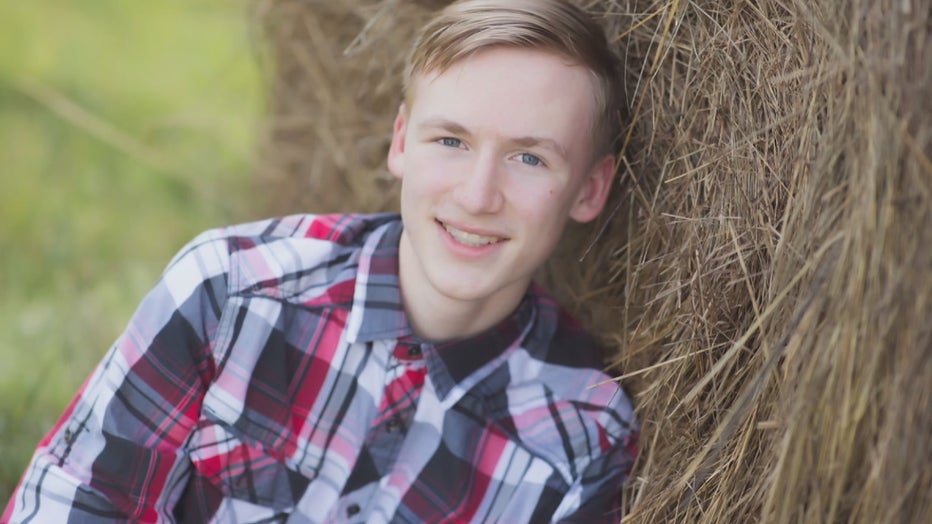 After all, Peterson believes says the seed has been planted for this Acorn to continue to grow.

“Ruby to the Rescue” is available on Amazon. Peterson started a GoFundMe to help build that indoor facility.