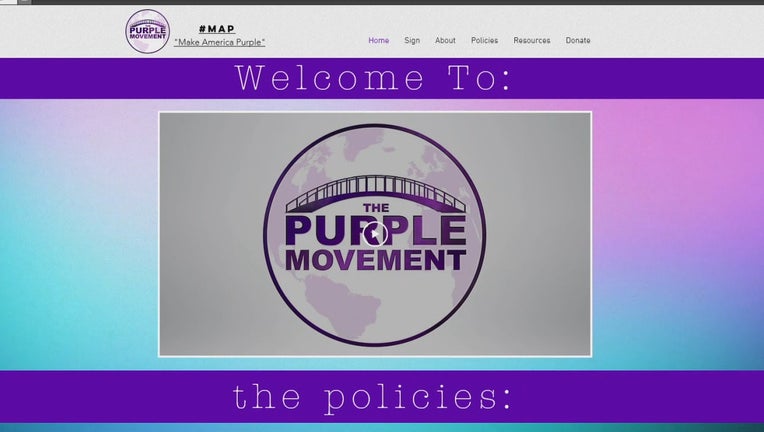 Hannah and Joshua Welton are launching a Prince-inspired "Purple Movement" in the wake of George Floyd's death. (FOX 9)

MINNEAPOLIS (FOX 9) - A Minnesota couple, who once collaborated and performed with Prince, are now hoping the music legend and his followers can spark a peaceful movement for change.

Wearing purple t-shirts, Hannah Welton and her husband Joshua returned to 38th and Chicago, a somber place of mourning and grief. It’s an intersection though, where they see so much hope.

A Minnesota couple, who once collaborated and performed with Prince, are now hoping the music legend and his followers can spark a peaceful movement for change.

“Something very tragic happened here in Minneapolis that sparked something around the entire globe and I believe it will spark something powerfully good around the globe as well,” said Joshua Welton, producer who worked with Prince.

The Weltons first came to Minnesota years ago at the invitation of Prince himself. Hannah, a talented drummer, was in Prince’s band 3rdeyegirl. Joshua is a producer who earned the late music legend’s trust before he died.

“There’s so much love in the Prince community,” said Joshua. “Love for one another. It was part of the heartbeat of Prince when he was on this earth. That’s what we’re about.”

Following the horrific death of George Floyd in Minneapolis more than a month ago, the Weltons believe now is the time for a Prince-inspired movement.

They recently launched ThePurpleMovement.org with a mission of bringing people together peacefully and being part of the solution when it comes to fairness and equality in America.

There are several public policy initiatives to sign onto on the website, including what the Weltons call a “racial ratio,” where a community’s police force matches the population it is policing.

“I believe people want to come together, loving one another,” said Joshua. “So much power coming together, figuring out ways to live together even if you disagree. We still have to live here. We’ve got children coming up under us.”

Prince once wrote a song in the aftermath of Freddie Gray’s death and the civil unrest in Baltimore. Hannah played drums on the recording. Now five years later, the couple is inspired by the man, his music and some powerful conversations they all shared.

“What he was really passionate about was having productive conversation, see beyond differences for greater good,” said Hannah.

The Weltons are turning to music during this time. Josh wrote a song called “Purple Everywhere” on which Hannah drums and sings. The song will be available in the coming days.