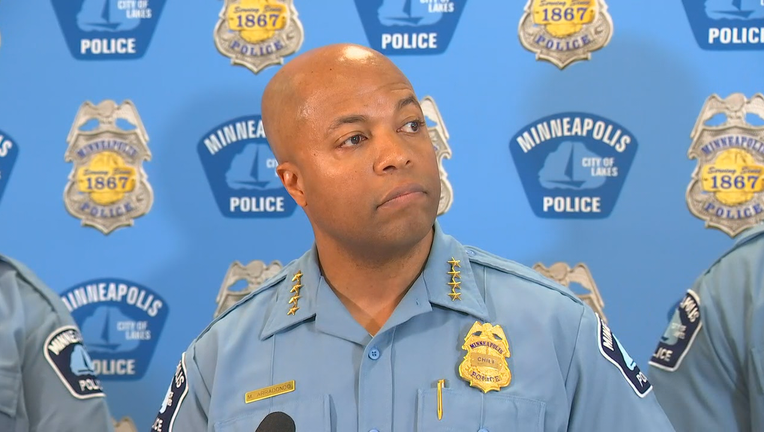 MINNEAPOLIS (FOX 9) - Minneapolis Police Chief Medaria Arradondo is among the finalists for the police chief position at the San Jose Police Department in California, according to the City of San Jose.

Arradondo is one of six candidates for the position, who will participate in a forum on Jan. 30 and community interview panels, according to the city's release. The most recent San Jose police chief left to become the chief in Dallas.

According to MPD spokesman John Elder, this wouldn't be the first time a municipality has shown interest in Arradondo, who has served as Minneapolis' chief for three and a half years. Elder says Arradondo has not had any formal discussions with San Jose officials so far.

"While humbled and honored for their interest and awareness of the positive, nationally recognized work of MPD sworn and civilian members over the years, Chief Arradondo remains committed to the public safety of the residents and businesses of Minneapolis and continuing the important MPD transformational change in the spirit of healing and moving our city forward in collaboration with our communities," said Elder in a statement.

This comes following a turbulent year in Minneapolis, which included the death of George Floyd during an arrest by police, which led to riots in the city and calls by city council members to defund and disband the police department.