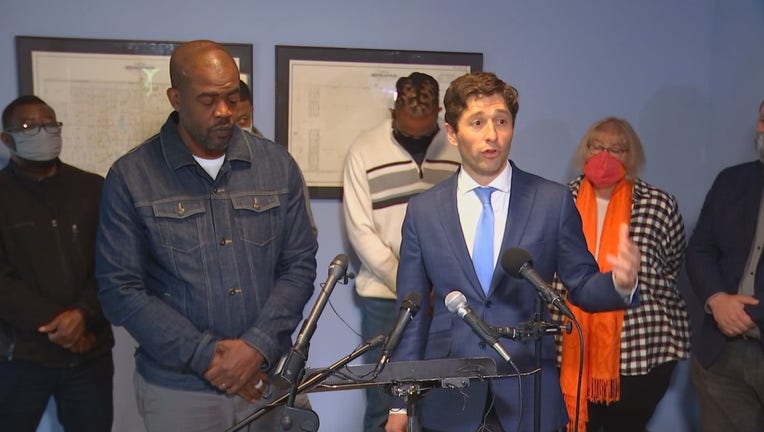 MINNEAPOLIS (FOX 9) - A major initiative in north Minneapolis, backed by community leaders and the mayor, is on the way to curb the spike in recent gun violence.

Twenty men will be hitting the streets starting in June as part of the Community Safety Specialist (CSS) program. Their first assignment as community safety specialists: figure out where all the guns are coming from.

A major initiative in north Minneapolis, backed by community leaders and the mayor, is on the way to curb the spike in recent gun violence.

"Who has them, how they’re getting them and how we can engage with the kids that have them," said Gayle Smaller, the Northside Residents Redevelopment Council (NRRC) Safety Committee Chair.

The team won't be made up of volunteers. They are paid $15.30 to start with benefits and will eventually earn $23 an hour. They will ultimately have 180 hours of training that includes de-escalation, hands-on tactical and anti-terrorism as well as mental health first aid. The position is being treated as a skilled trade.

"We have created our own profession, strictly geared towards community safety and the CSS program," said Frank McCrary, a SEUI Local 26 executive board member.

The plan is to start in north Minneapolis. They will break it into zones where the specialists get to know the residents and the business owners and open up communication.

"I want to be a face, I want to be an inspiration and I want to be something that’s the beginning of people who look like me people who feel like me and people who have been in conditions like me to understand that the world is with them instead of against them," said Michael Powell, a CSS mentor.

The CSS program, however, says it is separate from the police department.

"As soon as they get the idea we’re working with the police, they shut us out," said Smaller. "But our ability to establish that separation and bring in real credible guys from the neighborhood allows those thugs to trust us."

At the same time, CSS program organizers do say they support law enforcement. The mayor says the city will give the program $1 million.

"So once we figure out a way that we can support the law so that they can actually make these arrests, get these criminals and murderers off of the streets, then I think that makes our job a lot easier," said Smaller.

"This is part of an ecosystem," said Minneapolis Mayor Jacob Frey. "With other violence prevention and yes, law enforcement. And if we do this right it is supplemental to the work that our police officers are doing on a daily basis."

Councilmembers Jeremiah Ellison, Lisa Goodman and Steve Fletcher were at the news conference in support.

The $1 million from the city is just for the pilot. It's unclear what they will need beyond that. As for the Minneapolis Police Department, they are looking forward to a more defined role of the CSS program and how it can complement public safety initiatives throughout the city.