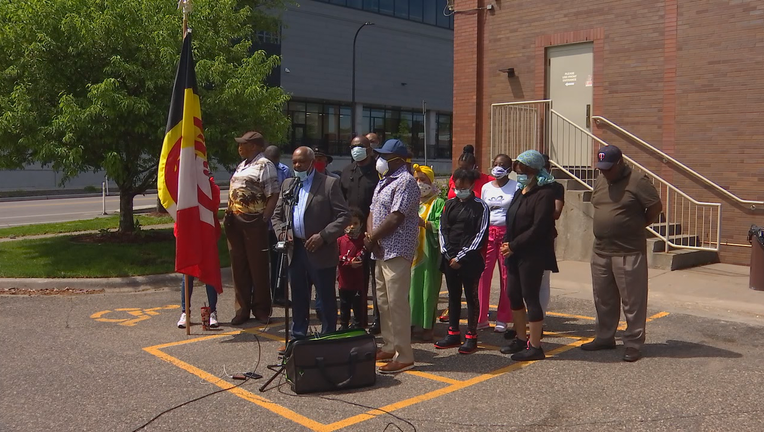 MINNEAPOLIS (FOX 9) - Some prominent members of the black and Native American communities are calling on the protesters to resist violence and vandalism.

Spike Moss is among them. From the steps of the Urban League on Wednesday, he told the young protestors that they need to understand that the firing of the four officers is something that has never happened before.

Moss and others gathered for a prayer of peace on a day where, a few miles away, peace is strained. And after a night where voices turned to violence and violence turned police using force.

Community activist Spike Moss pleaded for the protestors to resist the temptation of extremes.

"So you have to be patient and strong and be determined with the rest of us," Moss explained. "You don’t have to waste your life in the street, go to jail, get shot down. Understand people here care enough about you to fight for you is the reason this press conference is so important.”

Moss says the young people who are outraged at the death of George Floyd need to understand that the immediate firing of four police officers is historic. They now need to wait on the investigation and the decision of prosecutors.

"We need real justice as in arresting and charging those four officers with at least second-degree murder," said Frank Paro with the American Indian Movement.

But one leader says the vandalism and violence will not bring justice any faster.

"The buildings and the cars are ours, because we are the taxpayers," said Dr. Ora Hojes. "So, we don’t want young people to destroy what already belongs to them.”

Community leaders say it’s important that protestors not only make their voices heard and express their anger but step back and think about what will really bring change.

"Protest, be heard, but be safe," said African American Leadership Council President Tyrone Terrill. "Destroying property or getting people hurt is not what we want."

Spike Moss says his message to the young protestors is "hold on." They don’t want to lose anyone to violence.