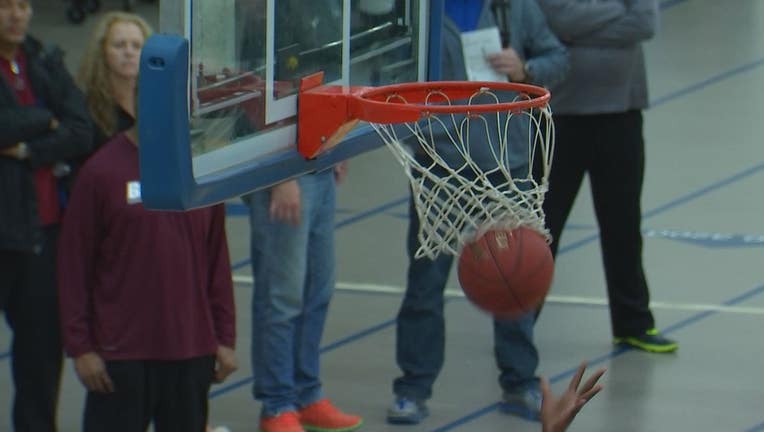 ST. PAUL, Minn. (FOX 9) - In an update to the Minnesota State High School League’s Board of Directors Tuesday, the state’s Department of Health said it is seeing the spread of COVID-19 among two indoor, winter sports in particular.

Those sports, basketball and hockey, are indoor sports where COVID-19 spread was noticed after players traveled out of state to play this summer.

Department of Health Senior Epidemiologist Jane Griffith told the directors Tuesday that a very large outbreak of COVID-19 was discovered amongst AAU basketball players. The outbreak infected at least 52 Minnesota athletes within and between teams in the state.

From what Griffith’s team could tell, the outbreak started after teams traveled to a tournament in Iowa in mid-July. Upon their return, they continued play every weekend in Minnesota without symptoms, but spread the virus to their communities and at those tournaments.

Griffith said the large outbreak was “not too surprising to us,” given the fact that basketball is played indoors.

Similarly, Griffith said her team noticed “quite a bit of transmission” in hockey players as well this summer. The state has largely studied college-aged players, but said that “hockey is generating quite a number of large outbreaks” in the state.

In the high school age group, 13 outbreaks were reported, infecting between two and seven players in each one.

Griffith pointed to one particularly large outbreak in central Minnesota that appears to have been started by a hockey player was out of state training and returned to his community and started socializing. A community outbreak followed, which the Department of Health is “pretty sure” was introduced to the community by that athlete, Griffith said.

The Department of Health said sports that have closer contact and high levels of exertion, like basketball and hockey, are going to be riskier for spreading COVID-19 than individual or non-contact sports.

However, Griffith pointed out that travel and the fact that both sports are played indoors both played a large role.

“There is a clear and strong argument that local play should be favored over traveling,” said Griffith in her presentation to the MSHSL.

Later, when asked about sports moving indoors during the colder months and how that might affect the high school league, Griffith said to expect a spike.

Griffith and her team recommended sports move outdoors as much as possible in an effort to reduce spread.

Here is how other sports studied by the MDH this summer fared:

Baseball/softball - Five reported outbreaks of two or three cases each.

Volleyball - Four total outbreaks with two to four cases in each.