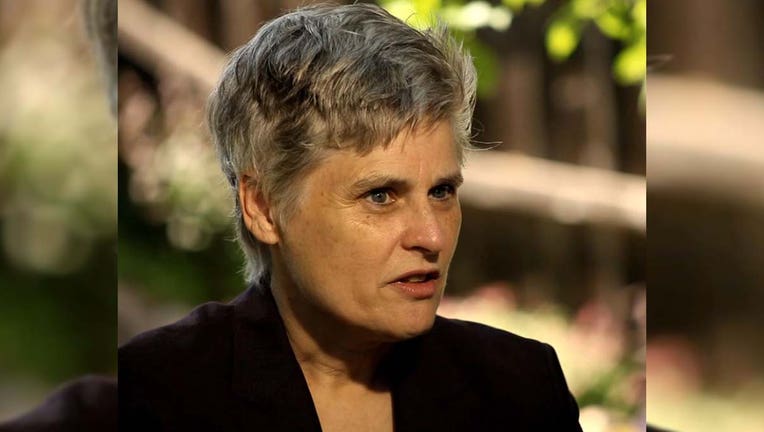 MINNEAPOLIS (FOX 9) - In her campaign to be the next Hennepin County Attorney, Mary Moriarty often emphasized her plan to use a "data-driven" approach as a prosecutor. She turned to that theme in an interview after she was declared the winner and again the next day on the FOX 9 morning news.

"We have to use data and research and implement the kind of things we know actually work to keep people safe," she said.

Mary Moriarty discusses her goals for the office of Hennepin County Attorney and how to make the office more transparent.

Any data-driven strategy requires measuring results, and as Moriarty prepares to take office in January, a question for the public and media to consider is, how do we measure a prosecutor's effectiveness? In the case of an elected official like Moriarty, who has promised to break from what she called in the above interview the "failed policies of the past" — how will we see what's changed, or what hasn't?

Some data and research Moriarty turns to once in office will likely come from groups like the Vera Institute and Fair and Just Prosecution (FJP), two influential criminal justice think tanks focused on equipping reform-minded prosecutors with policies they can put into action. Their research suggests traditional measures of success for prosecutors, like conviction rate, the number of cases processed, length of sentences obtained or number of people sent to jail, are not useful indicators for public safety.

"The old school law and order prosecutors. Those were some of the traditional tools they relied upon, and they did not bring us greater safety." Mona Sahaf, deputy director with The Reshaping Prosecution Initiative, told FOX 9. "As you know, and as many Americans know now, we incarcerate more per capita than any country in the world. And we are not the safest country in the world, not by a stretch."

A different way to measure impact

FJP advocates for a tool developed by researchers called The Prosecutorial Performance Indicators (PPIs), a set of 55 data points meant to capture a more holistic view of how a prosector's office is functioning. They include more "traditional" metrics like convictions vs. acquittals for violent crimes, but also data points intended to measure a broader range of outcomes, including the timeliness in which cases are handled, victim support and the use of "diversion," or directing offenders to programs and not incarceration, broken down by the seriousness of the charges involved.

"You can survey people, but you can also look at things like, ‘What is the reporting rate of crime? How to what extent are witnesses cooperating with law enforcement?’ There are ways to look at how individuals feel they are being treated by the justice system and to what extent do they have trust in the justice system," explains FJP’s executive director Miriam Krinsky, who worked for 15 years as a federal prosecutor. "Hennepin County certainly knows, better than most, what it means when bonds of trust, especially with law enforcement, have been fractured."

Across the country, 13 county prosecutor offices have adopted PPI metrics, with the closest to the Twin Cities being Milwaukee, Wisconsin. Hennepin County maintains its own data dashboard that includes some statistics recommended by PPI, including figures on an increasingly important tool for prosecutors — diversion.

A growing body of research

Sahaf, who worked as a prosecutor with the U.S. Department of Justice and as an assistant U.S. attorney in Washington, D.C., argues prosecutors have to come to grips with the fact that sending an offender to jail makes it a lot more likely the offender will commit crimes in the future.

"We've found through a growing body of research, that being in the system, being charged, prosecuted, or put in jail, can increase your chances of future involvement in the system," she says.

She points to research indicating that diversion programs are on average 10% more effective in reducing recidivism compared to prison, and in some cases as high as 88% more effective.

The idea that putting people through the criminal justice system increases the likelihood of their future involvement in that system is broadly accepted. As outgoing Hennepin County Attorney Mike Freeman told FOX 9’s Karen Scullin, his office already uses diversion before and after filing charges.

"Most of the things I’ve heard from Mary, we’re already doing, and maybe she can expand on them," Freeman said.

A huge change is coming to the Hennepin County Attorney’s Office with Mary Moriarity elected to replace the retiring Mike Freeman as chief prosecutor.

The Hennepin County dashboard indicates that since 2018, Freeman's office has used diversion post-charge in 9.1% of cases. Any moves by Moriarty to increase diversion or decrease prosecutions will be closely scrutinized and getting the data necessary to evaluate the effectiveness of those policies will take careful planning and time.

One thing Moriarty can count on in that effort is the help of other reformed-minded prosecutors, including neighboring John Choi in Ramsey County, who worked with the Vera Institute to develop his plan to stop felony prosecutions from non-public safety traffic stops.

The first reform-minded prosecutors were elected in the 2010s. They have often met with pushback from police and conservative officials, but on Tuesday, several were elected or reelected across the country on Tuesday.

"I think something she's really going to benefit from is the fact that other people have now done this before her, this reform movement of trying to find ways to make the criminal system from the prosecution side fairer and more equitable and to bring greater safety to communities. We are now about five to seven years into the movement. And so there's a progression of lessons learned," Sahaf said.