Manatee with bike tire wrapped around torso free of tire

Wheelie, the manatee who went viral for being spotted with a bicycle tire wrapped around its torso, is back at Blue Spring State Park.

ORANGE CITY, Fla. - Wheelie, the manatee who went viral for being spotted with a bicycle tire wrapped around its torso, is back at Blue Spring State Park.

This time, the sea cow is wheel-free, according to the Save the Manatee Club.

.“I’m so excited to hear he came back and he’s doing well,” said Deltona resident Heather Rudlaff, who was visiting Blue Spring State Park on Friday.

Wheelie, also known as Schwinn by researchers, was confirmed to be the same manatee by the Manatee Rescue and Rehabilitation Partnership, who attempted to rescue the sea cow earlier this year.

The manatee now has deep scars from the tire but is otherwise doing fine, according to those monitoring the animal. 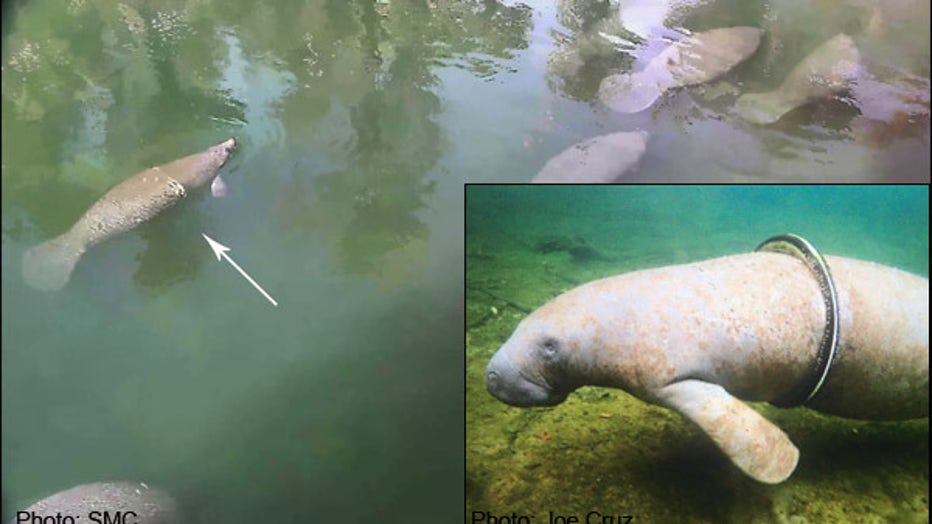 Courtesy: Save the Manatee Club 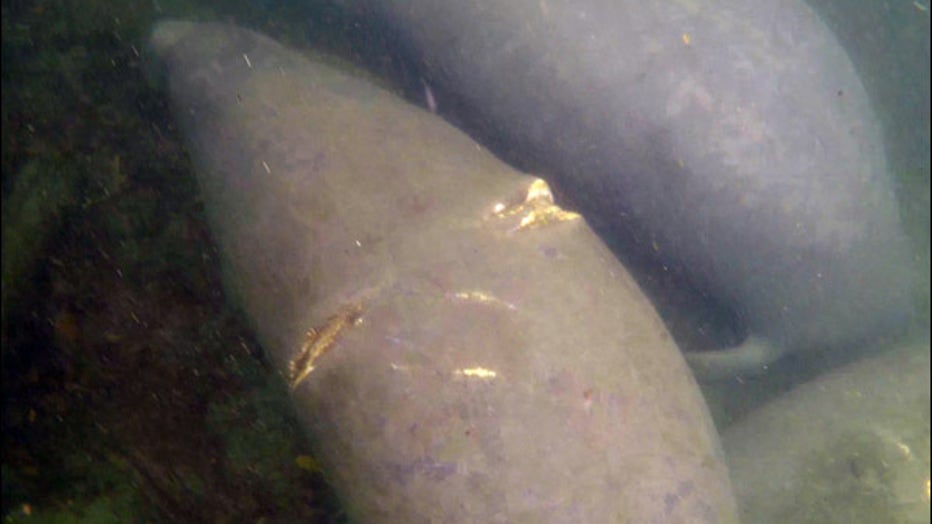 Courtesy: Save the Manatee Club

The manatee was spotted on Wednesday by a manatee research assistant for the Save the Manatee Club, who was screening webcams pointed at the sea cows that congregate at Blue Spring State Park each year.

“The scar is quite unmistakable and that’s why our experts were able to spot it from our webcams,” said Ally Greco, with Save the Manatee Club.  “The manatee was growing, but the bike tire was not so it was really digging deep into the manatee skin.”

There were several unsuccessful attempts to remove the tire from the manatee last year by wildlife officials.  Experts are not sure how the tire broke free but they believe Wheelie may have been struck by a boat earlier this year and the propeller cut into the tire.

“Probably the only instance ever recorded where a manatee being struck by a boat did help it.”

“Oh wow, that is amazing! For once, a propellor helped instead of injuring it,” added Robert Schulz, who was also visiting Blue Spring State Park on Friday.

In a new release, the club wrote:

"Experts cannot determine exactly how the manatee escaped the encircling tire. Ironically, Schwinn, the manatee, was superficially struck by a boat’s propeller in February, which cut through a significant portion of the tire. The cut from the propeller likely weakened the tire, allowing the manatee to swim free sometime later. Schwinn, the manatee, was both lucky and unlucky, as the propeller was only inches from potentially striking a lethal blow. Watercraft injuries remain the leading cause of manatee mortality. Schwinn’s story shows the resilience and strength manatees possess despite their many challenges."

Officials say Wheelie, or Schwinn, will continue to be closely monitored.