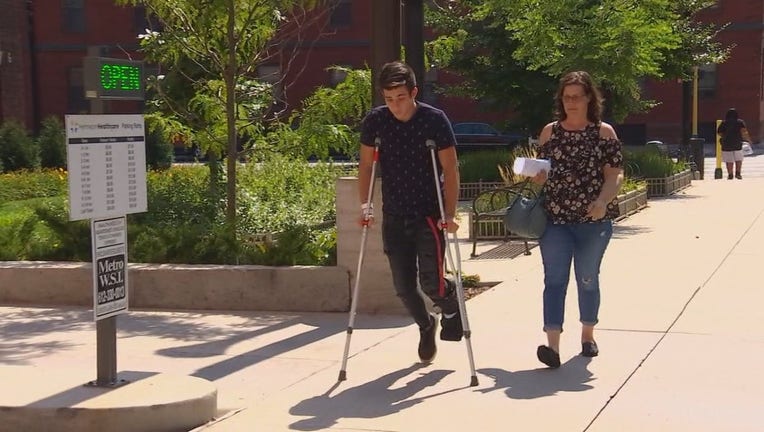 A man is recovering after he was seriously injured in a hit and run in July in Minneapolis.

MINNEAPOLIS (FOX 9) - A college student is making a remarkable recovery after he was seriously injured in a hit-and-run in Minneapolis last month.

Meanwhile, the person who hit Brian Simons has not been identified.

Man continues tough recovery after hit-and-run in Minneapolis, no suspect in custody

A young man is still recovering after he was seriously injured in a hit-and-run in July in Minneapolis. Police are still searching for the driver.

"I don’t even know how to describe it except cold, and I was shaking. I could really feel the pain at first until receiving medical treatment," Simons said.

Simons just remembers the shock of it as a car barreled into him when he was crossing 15th street, just west of Nicollet Avenue in the early morning hours of July 25.

The vehicle took off, leaving Simons lifeless on the street just steps away from his best friend.

"I just kinda hit the front and then flew off to the side, is what Taylor said, but she had tough time with it at first, as well," Simons said.

Simons said he and Taylor and some other friends had spent the night watching the Aquatennial Target fireworks from a Minneapolis balcony. Then they went out for late night eats at the Nicollet Diner shortly before the crash.

The 21-year old suffered a traumatic brain injury, multiple skull fractures, and a left leg broken in two different spots. He was rushed to HCMC where he couldn’t believe what he woke up to.

"I was actually really shocked to see myself for the first time," Simons said. "I didn’t understand how bad it was until they showed me the clothes I was in."

On Monday, Simons returned to the hospital clinics with his mother to learn his brain and head injuries are healing well.

Last week, Minneapolis police released a photo of the suspect vehicle, described as a late model black and white Dodge Charger that appears to be a former police car. Authorities believe it would have significant damage near the right front headlight. 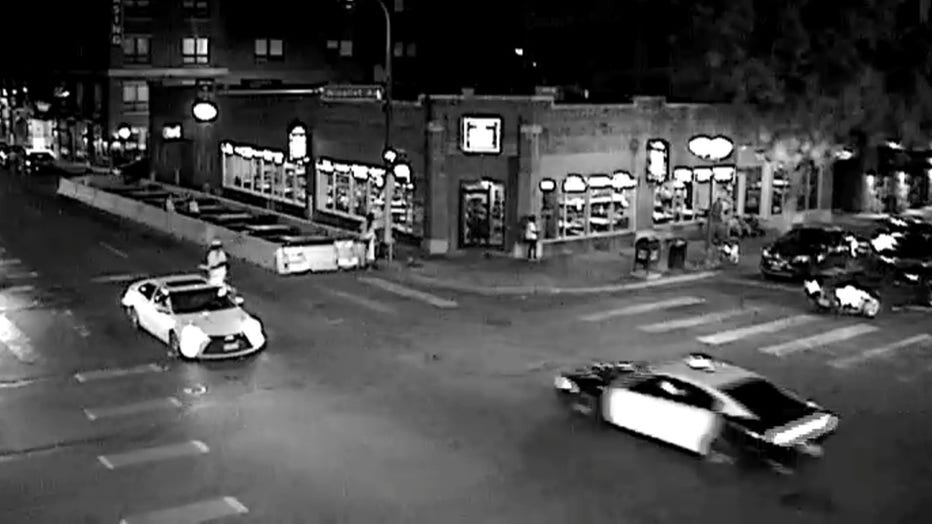 Minneapolis police are asking the public to help them identify a black-and-white late model Dodge Charger (bottom right) that was involved in a hit-and-run on July 25. (Minneapolis Police Department / Supplied)

A GoFundMe for Brian can be found here.