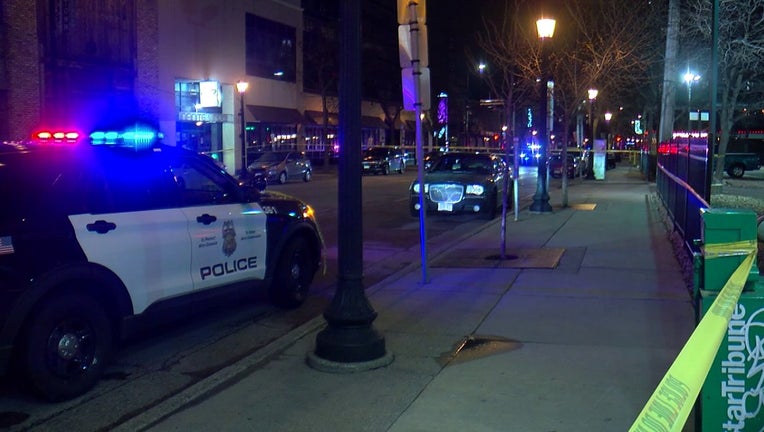 MINNEAPOLIS (FOX 9) - A man is now facing a murder charge for a bar fight that ended in a deadly shooting outside a parking ramp in Minneapolis.

Leontawan Holt, age 24, is now charged with murder for the deadly shooting shortly before midnight on April 23 in Uptown near Lagoon Avenue and Girard Avenue South.

In charges filed on Thursday, officers say they responded to the Moziac parking ramp on that night for a victim who had been shot. At the scene, police say a Good Samaritan, who is a nurse, was applying pressure to the victim's sternum. Despite efforts to save his life, police say he died at the scene.

Reviewing surveillance video, police were able to track the victim back to Williams Pub where they say the conflict began. In the video, police say a man, identified as Holt, gets involved in a fight with another man that sparks a brawl involving Holt and his friends.

The victim is near the bar but shortly after goes out the front door. A couple of minutes later, the brawl is broken up and police say Holt also leaves the bar with two other men.

Police say the video shows the victim walking past Holt's group, at which point someone tries to grab something out of his pocket. At that point, police say Holt fires a gun.

The victim runs away after shots are fired but ultimately collapses on the ground while police say Holt gets into a Dodge Charger which speeds away from the shooting scene – which was reported stolen by one of Holt's relatives. The vehicle was later found abandoned about an hour later near Grand Avenue South and 31st Street. Inside they found a .40 caliber cartridge that matched the slug that killed the victim along with a pair of shoes with blood on them.

Holt is currently being held on a parole violation for carrying a weapon as a prohibited person. Police say he has a lengthy criminal record including aggravated robbery and weapons offenses.