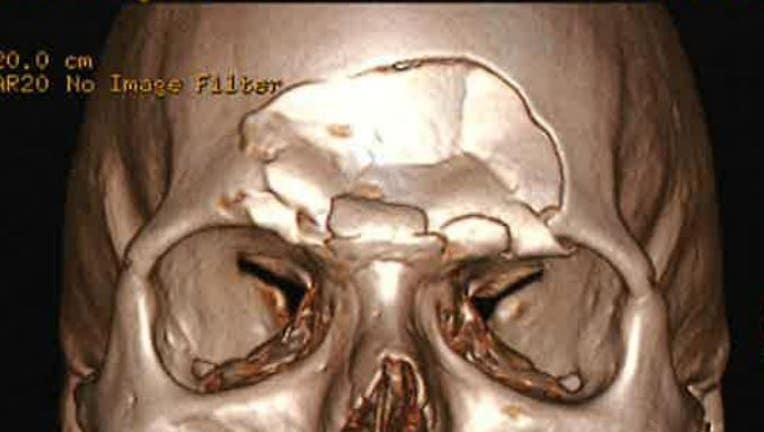 A scan reveals the severity of Boudin's injury before surgery.

PARKERS PRAIRIE, Minn. (FOX 9) - A Minnesota man has filed a federal lawsuit against a former Otter Tail County deputy for $2 million in damages after the former deputy allegedly used excessive force during a 2018 arrest, causing severe and permanent injuries.

According to the lawsuit, on the night of December 13, 2018 officers responded to a report of a fight at The Doghouse Bar in Parkers Prairie. Kameron Boudin, who was involved in the fight, left the bar to go home.

When authorities learned Boudin was at his house, they went inside the home, where Deputy Jeremias Krupich found Boudin under the bed, the lawsuit states. Portions of the encounter where then captured on one officer's body-worn camera.

According to the lawsuit, Krupich was sitting on Boudin, straddling his body when he told Boudin to roll over onto his stomach to which Boudin replied, "I can't when you're holding me down...I can help you if you..." Krupich then punched Boudin "a number of times in the face and forehead." At least one of the punches was captured by the body camera.

The lawsuit claims immediately after the punches, "Boudin's ability to communicate was significant [sic] diminished." The officers then took Boudin to Lake Region Healthcare in Fergus Falls. When they arrived at the hospital, Boudin needed a wheelchair because he could not walk. A CT scan revealed Boudin suffered fractures on his skull and swelling on his frontal lobe. Due to the severity of his injuries, he was later transported to Sanford Medical Center in Fargo.

Boudin had to undergo surgery, which required 27 screws and seven plates to be placed in his head, according to the lawsuit. 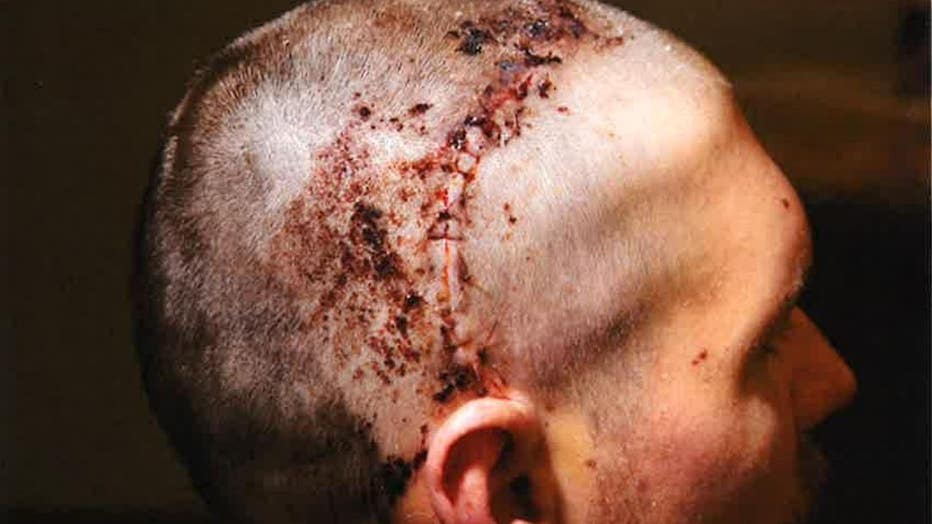 The lawsuit alleges the incident "negatively impacted and exacerbated Boudin's mental health," and his personality remains "altered due to the severe frontal lobe injuries." Since the incident, Boudin has been unable to work or drive. Boudin also needs ongoing therapy.

Following a Minnesota Bureau of Criminal Apprehension investigation, charges were not filed against Krupich. Krupich, who joined the sheriff's office in 2006, resigned on May 31, 2019, according to the Otter Tail County Sheriff's Office.

A spokeswoman for the Otter Tail County Sheriff's Office said the office does not comment during pending litigation.