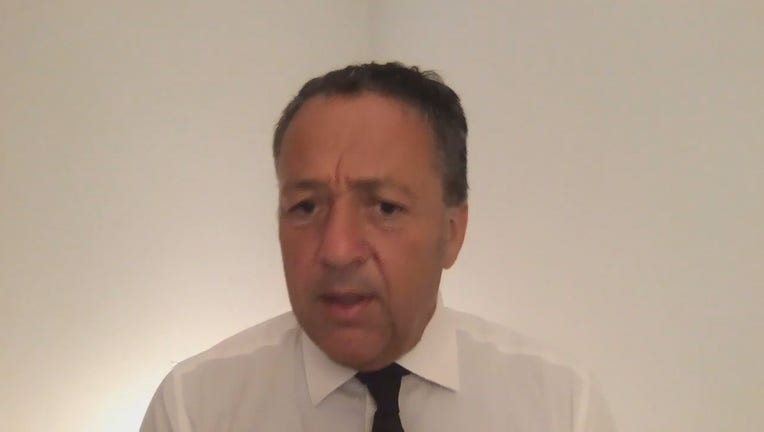 This law professor was falsely accused of rape in 2017, but has now won a defamation suit after the accuser's case proved false.

(FOX 9) - A University of Minnesota Law School professor, Francesco Parisi, has won a nearly $1.2 million defamation case against a woman who had falsely accused him of rape.

In his blistering ruling on Tuesday, Hennepin County Judge Daniel Moreno wrote that Parisi’s former lover, Morgan Wright, had pursued an “untruthful narrative crusade,” and her “accusations were false, and made with malice.”

A University of Minnesota Law School professor, Francesco Parisi, has won a nearly $1.2 million defamation case against a woman who had falsely accused him of rape.

It is believed to be the largest defamation judgement in Minnesota. The vast majority of the judgement, $814,514 is for economic losses, as well as reputational and emotional damages. Only $100,000 was for punitive damages.

Parisi walked out of jail three years ago, his life in shambles.

He was criminally charged with raping Wright and trying to run over her with his car. While in jail for three weeks, with his bail set at a half-million dollars, his mother died in his native Italy.

Days later, the Hennepin County Attorney would drop charges because of insufficient evidence. Prosecutors privately conceded there was no evidence.

But the damage was already done.

“It was a horror movie,” said Parisi.

Many of his law school students, especially the women, assumed he was guilty. Enrollment in his classes dropped by 60 percent with some classes cancelled

And in the eyes of the internet, he might as well have been convicted.

“Even after those charges were dropped, people Google my name and only see a professor accused of so many crimes," Parisi explained.

The relationship between Parisi and Wright began in September of 2014 with a chance meeting outside his condo on Washington Avenue in the North Loop.

That night they had sex.  And quickly were involved in a real estate venture together to partition Parisi’s large condo to create a studio for Wright.

Parisi’s attorney, John Braun, said there were red flags from the beginning.

But the deal fell apart, and the relationship soon soured.

There were protracted legal proceedings over the next year as Parisi tried to evict Wright from the property.

Days after the Minnesota Court of Appeals upheld Wright’s eviction in June 2016, Wright reported to Minneapolis Police that Parisi had raped her 18 months earlier, on January 22, 2015.

The rape allegation was jaw dropping. Wright claimed Parisi had anally raped her, smashing her face into a concrete floor. She claimed the attack left her with three broken teeth, a prolapsed rectum, and a damaged colon.

But there was no evidence, not even medical reports, or corroborating accounts from people she might’ve told about the attack.

Wright had not mentioned any rape allegation in previous court filings for restraining orders.

Wright also accused Parisi of attempting to run her over with his car in broad daylight in downtown Minneapolis. Once again, there was no evidence. And the allegations were nearly identical to those she made a decade earlier against an ex-husband who is now deceased.

“It turns out the allegations were all false, lies,” said John Braun, Parisi’s attorney, who added, “there were plenty of red flags.”

“One Minneapolis Police Officer actually read the case that way and declined it for prosecution,” he said. “Morgan Wright came back six months later and found another police officer and the whole thing started over again.”

Judge Moreno meticulously details a half-dozen other fabrications in his findings. She lied about having a degree in music from Julliard, about being a doctor, and having other advanced degrees.

She has also claimed her father was former U.N. Secretary General Dag Hammarskhold, who was a bachelor, likely gay, and died in a plane crash. She even adopted his name.

And while Wright claims to be destitute and on disability for a seizure disorder, she lives in a luxury downtown condo and is known to drive a Mercedes convertible.

When FOX 9 reached her by phone, Wright declined to comment referring a reporter to her attorneys. Her attorneys, Cassandra Merrick and Matthew Pelikan, of the law firm Madel PA, did not return calls or emails requesting comment.

Parisi, a noted legal scholar in Italy and U.S., said he has lost numerous speaking engagements and business opportunities, becoming a pariah in his profession.

His personal life is a vacuum.

“I used to be the popular guy at parties,” he said. “I’m Italian, I bring the good wine. I don’t get so many invitations now.”

Parisi said he regrets that his mother never got to see him vindicated. He fears his reputation is buried with her.

Parisi, who is the father of five daughters, said he believes in the "Me Too" movement, and believes the tragedy of the case is that it could take away credibility from real victims who should be heard and believed.