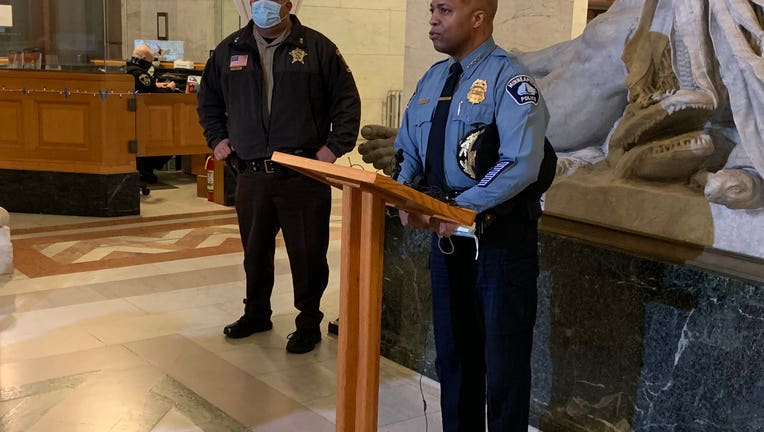 The announcement was made at City Hall Tuesday after a joint-force carjacking suppression operation in Minneapolis last week. The MPD says 391 carjackings have been reported in the city this year, a 320 percent increase from 2019.

A Minneapolis carjacking sting yielded more than 40 arrests as officials crack down on the cases.

In total, 41 felony arrests were made as well as 9 misdemeanor arrests and the confiscation of a pipe bomb.

Investigators said the suspects of the carjackings would approach drivers, start a conversation and then steal purses, cellphones, wallets and vehicles, sometimes at gunpoint.

Minneapolis residents noticed a helicopter circling south Minneapolis for two days last week. Officials confirmed that the helicopter belonged to the Minnesota State Patrol, which was cooperating with the investigation.

Chief Medaria Arradondo and Hennepin County Sheriff Dave Hutchinson appeared at a news conference Tuesday to announce the arrests. Arradondo applauded the joint efforts of the two agencies, saying it couldn’t have been done without it as MPD resources were stretched thin in the city.

In October, Minneapolis Police noted a “sharp increase” in carjackings. The uptick led the department to create a specific code for carjackings when recording them in the record system.