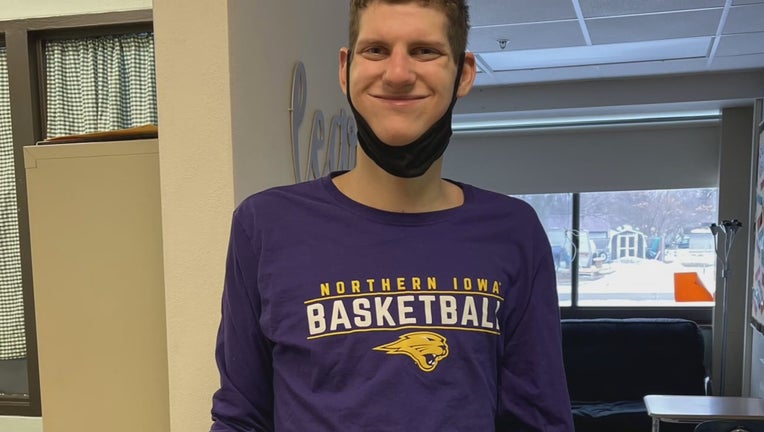 Lake City basketball player Black Frederick will suit up for the varsity team for senior night Thursday for the first time. The special needs student athlete has inspired members of the Lake City program for years.

Frederick lives with special needs. He’s been playing on the junior varsity team since his sophomore year and now he’s leveling up.

He’s getting the best opportunity in his high school career after signing a contract to suit up and play on varsity for Senior Night.

"We just felt it was a great opportunity to give back to someone who has given so much to our school and team over years," said Berge.

Frederick’s ability to drop buckets is one of his best qualities on the court, but off the court, it’s his personality that scores with his teammates.

"It’s his genuine joy, passion, and love for people," said Berge. "When you have that genuineness about you, people feed off it."

Thursday will be Frederick’s last home game, but the first time his name will be a part of the varsity line-up.

He’s getting some much-needed support from one of his friends at a Division I school ahead of his big night.

"Congratulations on signing that contract," Nate Heise, a University of Northern Iowa Basketball player told Frederick in a video call.  "You worked hard over the last few years and you deserve it. The best advice I can give you over the next couple of days is just to have fun and enjoy it."