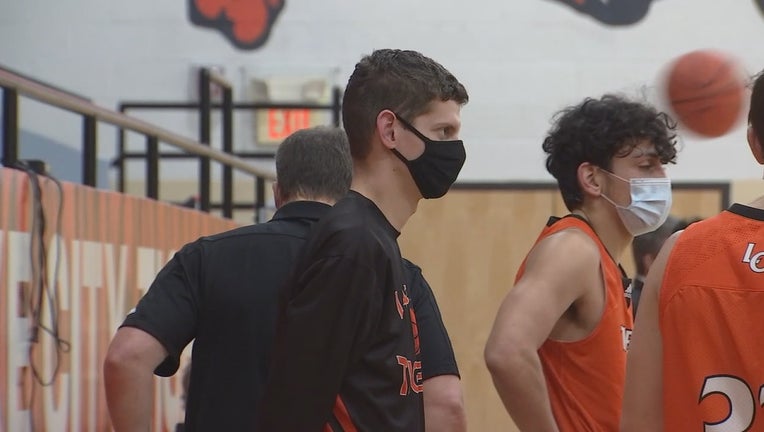 Blake Frederick suited up for varsity on Thursday, which has been a dream for him.

Blake Frederick, a student with special needs who has been a part of the Lincoln High School's junior varsity, got his chance to suit up for the varsity squad.

Frederick signed a contract the day before placing him on the varsity roster for the first time. And it's not only a big night for Frederick but for his teammates as well who say his impact on the team is why he deserves this moment.

"He was more like shy and he’s kind of grown with more confidence as he’s played and not just the way he plays but mentally," said Frederick's Lincoln High teammate Seth Heitman. "He’s more confident in his shooting."

The coaches say it has been a rough year for these players who are adjusting to new rules such as playing with facemasks because of the pandemic. While they’re all doing the best they can, Frederick’s positivity is unnoticed.

"He’s an energy giver," said Coach Greg Berge. "He’s always got a smile on his face. He’s always a kid that brings positive energy to the whole school and situation. Kids love him."