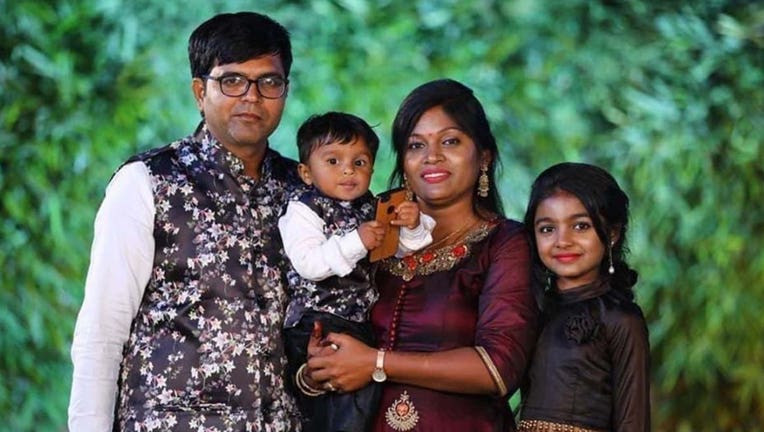 (FOX 9) - The Royal Canadian Mounted Police has released the identities of the four family members that froze to death near Minnesota's border in Canada last week.

On Wednesday, the chief medical examiner's office in Manitoba identified the victims as:

The autopsies also confirmed that the cause of death was due to exposure.

The Manitoba RCMP found the family about 12 meters (40 feet) from the Canada-U.S. border on Jan. 19. Police confirmed they were all from the same family and were Indian nationals.

Investigators confirmed the Patel family arrived in Toronto, Canada on Jan. 12 and believe the family made their way to Emerson on Jan. 18. Investigators are still trying to figure out how the family traveled to and around Canada, but since there was no abandoned vehicle located on the Canadian side of the border, investigators believe someone drove the family to the border and left the scene. It is being investigated as a human smuggling case.

Seven surviving migrants in an alleged human smuggling case have released pending deportation hearings. They were part of a group attempting to cross into the U.S. near the Minnesota-North Dakota border during a blizzard last week. Canadian police recently identified the four family members found frozen to death.

RCMP says it has been working closely with RCMP liaison officers in New Delhi, India and Washington D.C.

If you have any information, call the Manitoba RCMP Major Crime Services at 431-489-8551 or call Crime Stoppers anonymously at 1-800-222-8477, or secure tip online at www.manitobacrimestoppers.com.

According to Minnesota U.S. Attorney Charles Kovats, 47-year-old Steve Shand, of Florida, was charged last Wednesday for the case.

Steve Shand, of Florida, was arrested last Wednesday after border agents spotted his vehicle parked in a remote area between entry points south in North Dakota and Minnesota, south of the border with Canada. A judge allowed him to be released from jail without bond on Monday.

The U.S. Attorney says Shand was driving a 15-passenger van parked just a mile south of the Canadian border between entry points in Pembina, North Dakota and Lancaster, Minnesota.

Shand was identified and border agents later determined two passengers in the van were undocumented Indians. As Shand was taken into custody, agents spotted five other Indian nationals walking a quarter-mile south of the border towards the spot Shand had been parked. They told agents they were expecting to be picked up by someone and estimated they had been walking eleven hours in the cold.

One of the five people had a backpack belonging to another group. He told agents he was holding it for the other group, which had become separated overnight. The backpack contained clothing, diapers, and medications for children

Temperatures on Wednesday in that part of the state were 25 below zero, with wind chills pushing 40 below. In that environment, you can develop frostbite in less than ten minutes.

Later that day, U.S. Border Patrol was notified by Royal Canadian Mounted Police that four bodies were discovered on the Canadian side of the border. The bodies were identified as a family of four, all also from India.

Of the survivors, two of the Indian nationals are being treated at the hospital with serious injuries, as of Jan. 20.