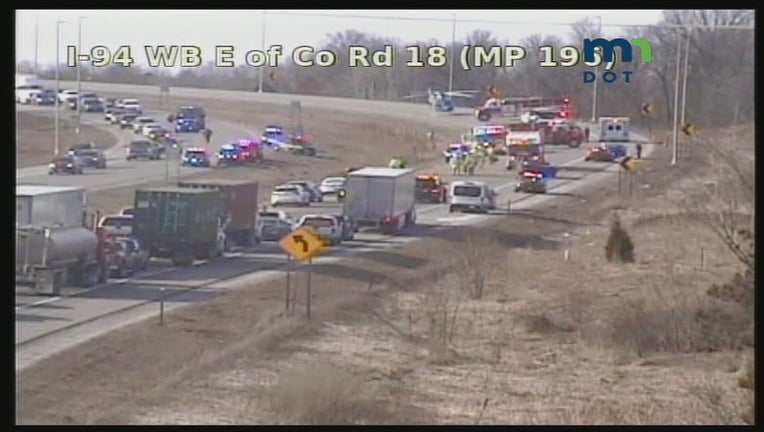 Multiple first responders and a helicopter are on scene of the crash in Monticello, Minnesota.

MONTICELLO, Minn. (FOX 9) - Traffic headed west on I-94 in Monticello, Minnesota has been blocked after a serious crash Sunday afternoon.

Minnesota State Patrol says the highway will be shut down for an extended period of time for the crash with serious injuries near County Road 18. Crews were called to the scene around 4 p.m.

Traffic cameras show multiple first responders on scene along with at least one helicopter that has been called in for assistance.

This story will be updated as more information is made available.