Hunter charged with shooting and killing dog in Todd County

A hunter in Todd County has been charged with a felony count of mistreating or torturing animals and misdemeanor criminal damage to property for allegedly shooting and killing a dog while deer hunting earlier this month.

CLARISSA, Minn. (FOX 9) - A hunter in Todd County has been charged with a felony count of mistreating or torturing animals and misdemeanor criminal damage to property for allegedly shooting and killing a dog while deer hunting earlier this month.

According to charges filed by the Todd County Attorney’s Office, 30-year-old Jordan Burns of Browerville was hunting on land near Clarissa, Minnesota when he shot and killed a yellow lab on November 6. The criminal complaint says Burns told Todd County Sheriff’s deputies he "saw a dog chasing a deer." He says he fired at the deer and was "unaware that he had hit anything."

According to the criminal complaint, another hunter told investigators that "there were no deer in the area at the time the shot was fired, the dog was recognizable as a dog and the grass was short."

"He was trying to kill him, I believe," said Tony Winkler, the owner of Rooster, the yellow lab that was killed. 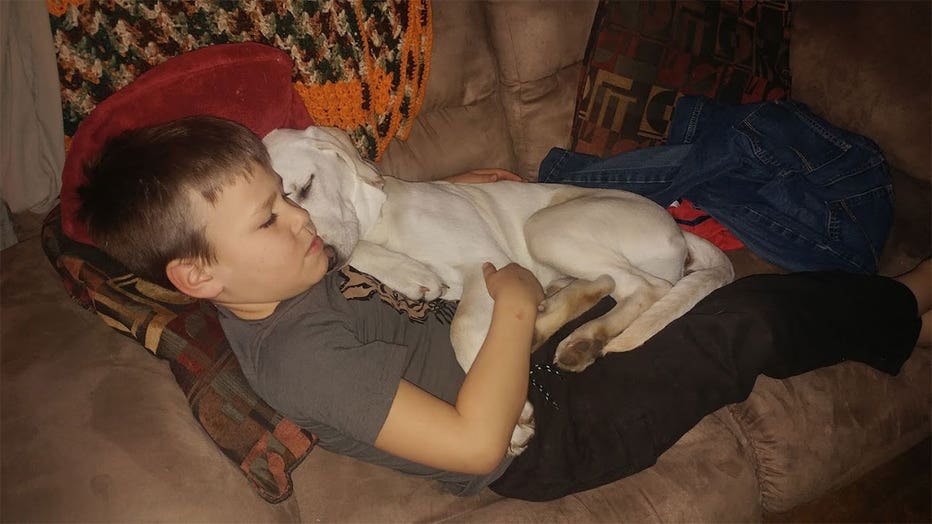 Rooster was a three-year-old yellow lab loved by the Winkler family.

"Every time I peel potatoes he was always at my feet begging for the peelings he loved to eat potato peelings actually," mom Danielle Winkler said.

The Winklers say Rooster got loose from his leash that Saturday morning for the first time ever and had taken off. They say when another hunter eventually brought Rooster’s body home to them, they realized he had been shot in the neck.

"I couldn’t imagine that happening it doesn’t make any sense," Tony, a deer hunter himself, said.

The Winkler family says they hope cases like this, no matter where they happen, are taken seriously and the judicial system holds hunters accountable.

"Too often people don’t report it, they don’t even bother calling the sheriff, they just accept it which shouldn’t happen," Tony said.